It has been two years since we published a risk and benefit analysis for Spain in developing a new home-made jet trainer and today, some interesting new details have emerged on the topic. According to recent statements by the Airbus Spanish division, it seems that the aerospace giant intends to proceed with the home-made solution.
On October 16, 2020, Fernando Peces, Head of the Eurofighter program in Spain, and Javier Escribano, Head of Future Combat Programs, introduced the company's proposal for the new AFJT (Airbus Future Jet Trainer).

According to them, “The AFJT is a program designed by and for Spain, which is positioned as the operational, industrial and technological development solution that would allow the country to continue with its position as a leading player in the aerospace and defense sector.”
Airbus says its plan is to manufacture a platform capable of training pilots who will fly the Future Combat Air System (FCAS) or be used for light attack missions even in the unmanned variant.

The trainer variant, with a stepped two-seat cockpit, will be offered with and without the internal gun and multi-mode radar. It will feature in-flight weapon system simulators that can be installed with a library of synthetic targets and threats.

The light fighter aircraft will be marketed as an ideal solution to cover air defense and reconnaissance roles.

Airbus has estimated that for every 100 million euros invested in the AFJT, between 2,100 and 2,500 jobs will be created in Spain and a return for the Spanish coffers of about 36 million euros in taxes and social contributions. In addition, Spain would receive royalties for exports to other countries.

“The AFJT Program would be an important engine of the economy and a generator of highly qualified and quality jobs, contributing to the creation of stable and high-value employment with a high impact. The knowledge generated in engineering and design would also serve as a generator of new opportunities for the future of the national industry ”, Fernando Peces said.
The AFJT project mainly aims to replace the older F-5 Freedom Fighter aircraft in the Spanish Air Force fleet. 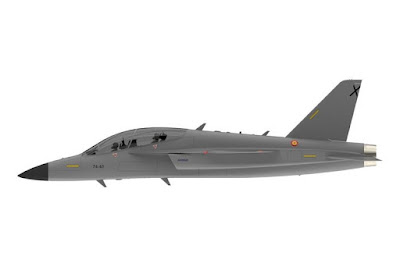 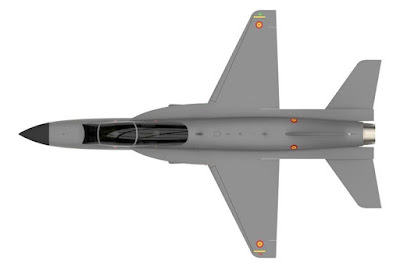