by Blog Before Flight Staff on October 18, 2020
In December 2020, it will be twenty years of operation of the L-159 ALCA light combat aircraft in the Czech Air Force. The L-159 aircraft had played significant role in adapting the Czech tactical pilots to the new operational standards, and today, it is preparing new pilots before the transition to supersonic JAS-39 Gripen.

On July 4, 1997, the Ministry of Defence and Aero Vodochody signed an agreement about supply of 72 single-seat light-attack aircraft. The first two L-159s landed at air base in Čáslav on April 10, 2000, to undergo military tests in the following months. After this testing, the type was introduced into the Czech army on 28th December 2000, and the first two aircraft soon entered service at Čáslav air base.

The original plan was to operate L-159s from two air bases: Čáslav and Náměšť nad Oslavou, where the first machines landed in May 2001. However, before Aero delivered the last ordered piece in February 2004, it was decided to keep in active service only 24 aircraft in Čáslav. The remaining L-159s were therefore withdrawn from operation in the autumn 2003; they were stored first in Pardubice and later in Aero. In 2014, most of them were sold, part to the Iraqi Air Force, part to the US company Draken International.

From the very beginning, the training of Czech L-159 pilots indicated absence of a double-seat version. Based on the requirements of the Czech Air Force, the first four double-seat L-159T1 aircraft, using the maximum number of existing components, were delivered in 2007. 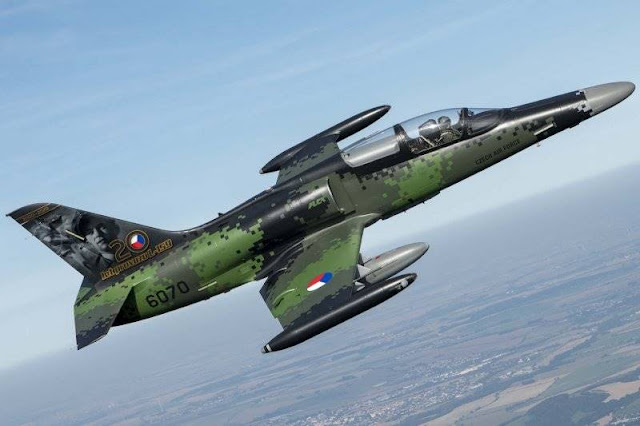 The original configuration of the L-159T1 was suitable for adaptive training and advanced training of young pilots or for checking the pilot skills of current L-159 pilots. However, an option of combat training was limited due to the equipment of the aircraft. These factors therefore led the Czech Air Force to define the basic requirements of a fully equipped two-seat version L-159T2.

The L-159T2 is a two-seater aircraft in an extended configuration, able to provide advanced and combat training. The L-159T2 aircraft have several significant improvements, mostly in equipment of both cockpits and in the fuel system, and are fully NVG compatible. Each cockpit is further equipped with two Multi-Function Displays and upgraded version of an ejection seat VS-20. The aircraft is also adapted to offer a pressure refuelling capability. The Grifo radar, commonly used in the single-seat version, is now integrated also into the dual seat L-159T2 as well as the self-protection systems. Some of the above-mentioned components were then installed on the L-159T1 during the regular maintenance. The machines are now marked L-159T1+.

Recently, there was also a significant event in the fleet of single-seater L-159. In April 2019, the Ministry of Defence signed an agreement with Aero Vodochody about overhauls of 16 aircraft so-called PP16, i.e. periodic work after sixteen years of operation. The contract includes the renewal of operating period for another eight years, but also several modernizations. 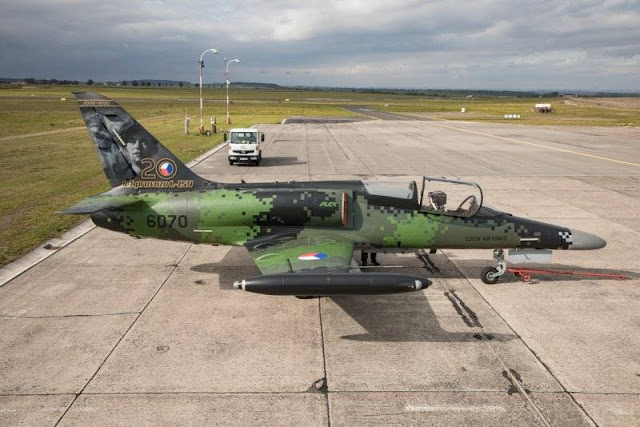