On December 9, 2020, the Polish Air Force organized a solemn ceremony at the 41st Air Base in Deblin, home to the military pilot training school, to say goodbye to the old TS-11 Iskra jet and hand over its task to the modern M-346 Bielik.

The ceremony was linked to the last operational flight of the TS-11 Iskra, with serial 2001, in the so-called "gray" color. It took part in a unique air-to-air session together with an M-346 Bielik and a PLZ-130 Orlik.

After the solemn flight, the Commander of the 4th Aviation School Wing, Colonel pil. Doctor Engineer. Grzegorz Ślusz made a symbolic transfer of the TS-11 Iskra to the Deblin aviation museum.

The ceremony marked a generational leap for the Polish Air Force. Not forgetting the excellent work done by Iskra, the armed force said the introduction of the M-346 Bielik will offer great new opportunities for the training of its future pilots for fifth generation aircraft, such as the F-35.

Called the "Lady of the Polish Aviation", the iconic TS-11 Iskra celebrated its 60th birthday this year. She took to the sky for the first time on February 5, 1960.

Her retirement comes a few weeks after the delivery of the twelfth Bielik to Poland by the Italian aerospace company Leonardo. This delivery completed the first two batches of aircraft ordered from Poland. 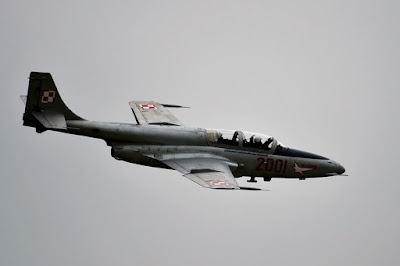 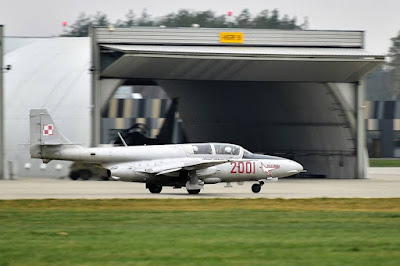 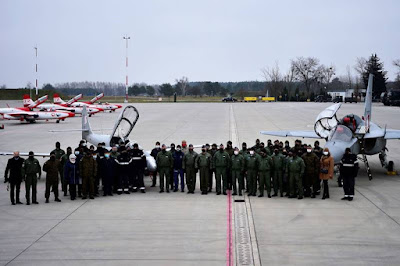 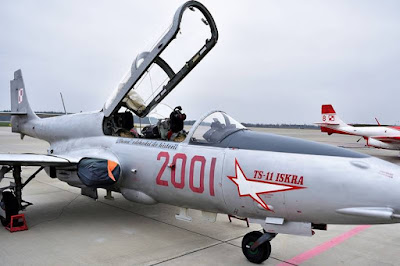