November 24, 2020
"The Hungarian Air Force wants the Czech-made L-39NG trainer jet, the modern successor to the L-39 Albatros," Omnipol, partner of the manufacturer Aero Vodochody, told E15 media outlet.
The company said that Hungary has a strong need to reduce costs for pilot training.
"Costs come first, the training of Hungarian pilots is extremely expensive. It is cheaper for them to train in Hungary and not in Canada or other training centers."

According to Omnipol, Hungary's interest in the L-39NG is mainly linked to the nation's experience with Aero aircraft, as well as political reasons.

"Hungary has a very good experience with the previous L-39 Albatros. In 1993, twenty-four of these aircraft were purchased from East Germany and twenty were operated until 2009. The entire fleet flew nearly thirteen thousand flight hours. In Hungary, therefore, there is a solid background in the use of Aero Vodochody aircraft [From 2007 to 2010, HuAF also trained its pilots in leased L-159]. Finally, the acquisition of L-39NG can support cooperation in V4 and strengthen ties with the Czech government."
V4 is a cultural and political alliance between the Czech Republic, Hungary, Poland and Slovakia to promote cooperation in the military, cultural and economic fields and to foster their integration into the EU.
According to Aero, the L-39NG recently visited the 59th Air Force Base of the Hungarian Defence Forces in Kecskemét, to perform evaluation flights with representatives of the Hungarian Air Force.

The second flight prototype of the trainer jet (Serial 0476/7004) landed at the Hungarian air base on November 17. In the following days, a mixed Czech-Hungarian crew performed totally three evaluation flights. "Our well experienced pilots flew with the L-39NG and their impression of the aircraft was very positive. The L-39NG is a good and modern training aircraft with a great potential for the future," said the Chief of the Hungarian Air Force, Major General Nandor Kilian.

Aero Vodochody test pilot David Jahoda presented the new Czech aircraft to the Hungarian side. "First, there was an introduction of the aircraft on the ground and pre-flight preparation. Then two flight instructors from the Hungarian Gripen squadron flew the aircraft in the rear cockpit for instructor and Maj. Tibor Molnar also completed a flight in the front cockpit," said factory pilot David Jahoda.
Regarding a possible future replacement or integration of HuAF Gripen with the L-39NG, Omnipol said the aircraft is not adequate for this task.
"It would be nice if the L-39NG could replace the MiG-29 or the Gripen, but they are completely different aircraft. The L-39NG is quite limited in its combat capabilities. It does not have adequate radar, as well as equipment and sensors that can be used to attack targets. However, at the request of the customer, many weapon systems can be integrated into the aircraft, of course at an additional cost. The Czech Republic, for example, can use the L-159 ALCA for many operational tasks. It has much better combat abilities than the L-39NG such as target detection electronics. It can truly replace some of the abilities of supersonic fighters." 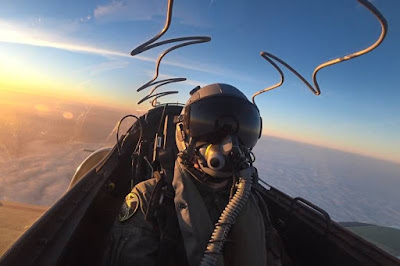 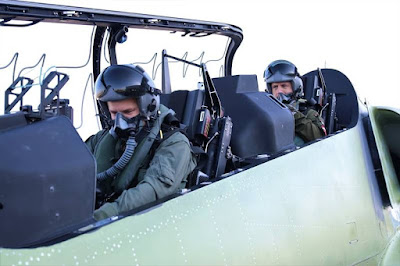 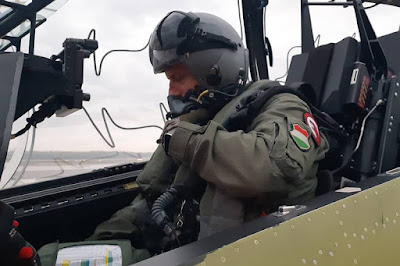 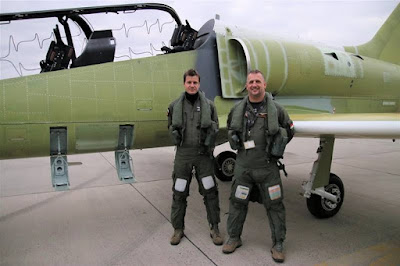