The activities at the Kecskemét air base start early in the morning: I arrived there at 7:30 am and all the units were already operational. When I entered the meeting room, the pilots were totally busy planning the daily missions and as soon as I reached the airfield I understood why. The activity conducted by the two home flight squadrons was truly impressive: they made non-stop take-offs from 9:00 am until mid-afternoon. Four Gripens were available for more crews who exchanged the stick after about an hour's flight each.

I spoke to some pilots who shared all their appreciation for the Swedish-made fighter jet: "it's easy to fly and you can change the type of mission during the flight by pressing a button, it's a great multi-role fighter," an officer said.

My plan of the day was to board an An-26 and take pictures of two Gripens made available for my photo shoot, a single-seater and a two-seater. I talked about my photographic needs with Chief of Flight Operations and together we defined the position and the maneuvers of the Gripens. We have agreed to make the aircraft perform some interchanges, intersections and openings. Everything was perfect, I could not wait to be at 15,000 feet!

At 12:30 pm the Antonov warmed the engines and ten minutes later I was in the air. The plane quickly reached the established operating altitude where the Gripens were already waiting for us, I made sure to be well anchored to the ceiling before opening the rear loading ramp. The hardest part was to resist the cold wind coming from the ramp: minus 10 degrees with a thermal excursion of about 35 degrees!

However, I did not lose my main goal: the fighters were ready and me too. I was happy to see that one of the two fighters was the one with the special tail, amazing!. I did not want to waste even a moment, I started taking dozens of photos coordinating with the pilots who took the right positions at my signal and performed the maneuvers we had previously agreed. 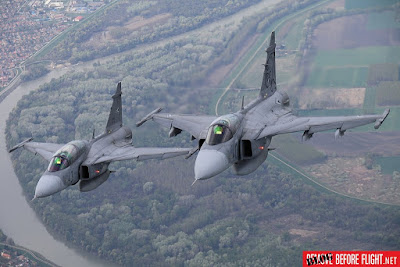 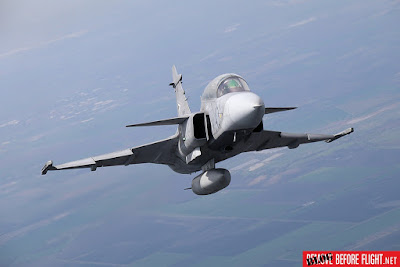 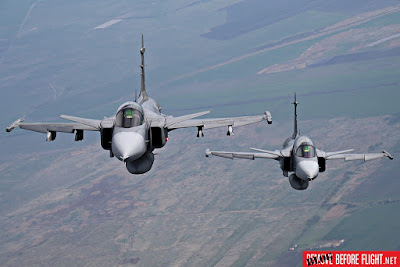 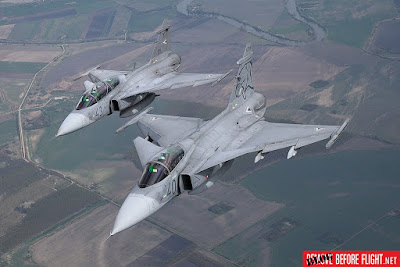 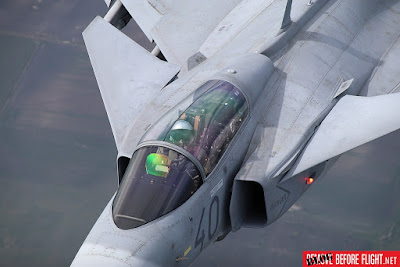 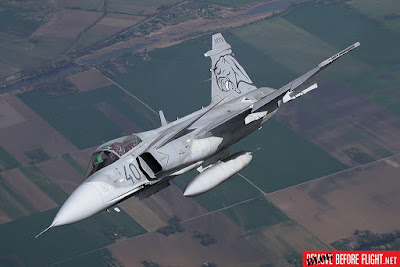 I was able to see the great agility and power of the Gripen: during each maneuver and light acceleration they moved hundreds of meters away from the Antonov. 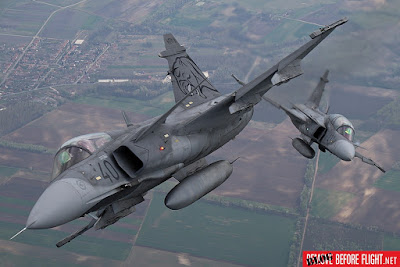 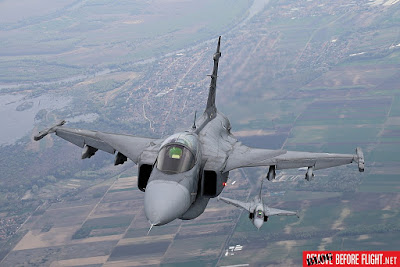 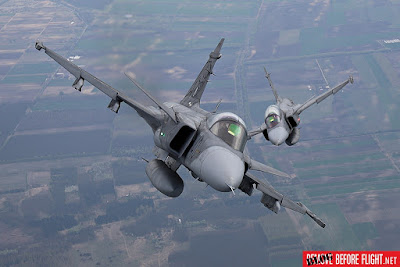 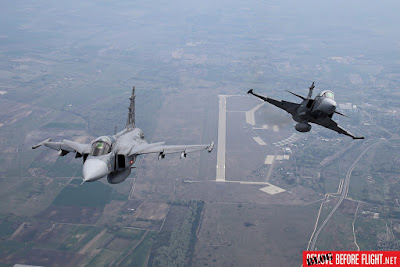 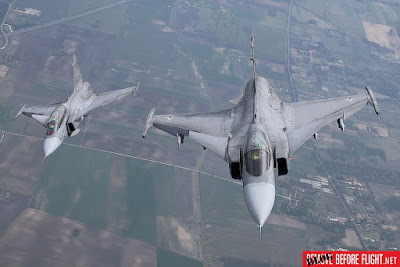 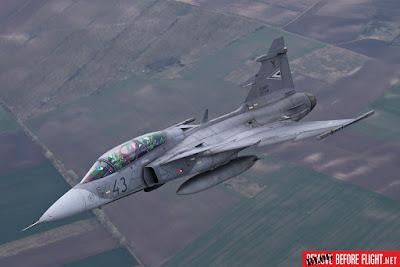 After 40 minutes of exciting footage, my mission ended. Later I had the opportunity to interview the base Commander, Brig. Gen. Csaba Ugrik, who was on board the two-seat Gripen during my activity.

He is very kind and helpful, with so much passion for his job. He has confirmed the opinion of the other pilots about the Gripen "It is very easy to fly and in the operational tier the Gripen provides the commanders a multirole flexibility to perform a wide range of tasks during the same mission."

Ugrik told me about past, present and future activities: "our Gripens secured the airspace of Estonia, Latvia and Lithuania during the Balting Air Policing mission in 2015. This operation marked a milestone for the Hungarian Air Force because after the end of War World II, our planes no longer monitored an international airspace. During the next few years we will be involved in the surveillance of Icelandic airspace and will return to the Baltic in 2019.

Currently we are involved in defending part of the Slovenian airspace sharing the task with the Italian Air Force."

The Commander also explained about the training of young Gripen pilots.

"The training of young pilots of the Hungarian Air Force is divided into three phases: in the first phase the most skilled students are selected to start the flight activity, in the second phase the candidates are sent to Canada where they learn to fly the Texan T6 and the Falcon jet trainers. During this phase they are assigned to a specific type of aircraft: fighter plane, transport aircraft or helicopter. In the third phase the students are sent to Sweden to take the specialization to fly the Gripen. When they return to Kecskemet AFB they are assigned to the "Dongo" Fighter Training Squadron to continue training on site.

Our main future step is to consolidate the air refueling ability [acquired in 2015 thanks to a joint training with USAF 100th Air Refueling Wing from RAF Mildenhall, UK].

I wish to thank the Kecskemét Air Base Commander, Brig. Gen. Csaba Ugrik, the Public Affairs Officer, Lt. Róbert Tóth and all flight and ground crews who assisted me during the reportage.