September 08, 2020
Helicopters are versatile machines that the military has used for all sorts of purposes since their adoption. They are used for reconnaissance, direct combat, and transport among other tasks. Here are 5 of the best helicopters used by the Army over the years.
UH-1 Bell 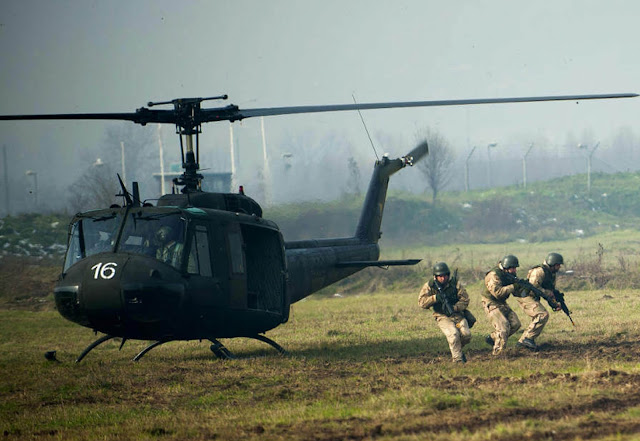 The UH-1 is a great way to start off the list. It was one of the first helicopters used by militaries worldwide. There have been many variations of the UH-1. The two most notable would be the Huey and the Cobra. The Huey, officially designated as the UH-1 Iroquois, was heavily used by the US during the Vietnam war. Many films have featured these flying into battle with 70s rock anthems blaring over loud speakers. They assisted the Army with all sorts of the transport services during the war. The jungles of Vietnam made transport through what would previously have been considered traditional means quite difficult. The Huey was able to more easily, although no less dangerously, fly anywhere with enough open ground to land and assist troops.

The UH-1 was also turned into an attack helicopter with the AH-1 Cobra. The UH-1 was redesigned to be more aerodynamic, and its transport capabilities were replaced with weapons systems. It was actually the first attack helicopter, and its evolution to the modern-day Viper used by the US Marines shows the level of innovation that was poured into the Cobra’s design. 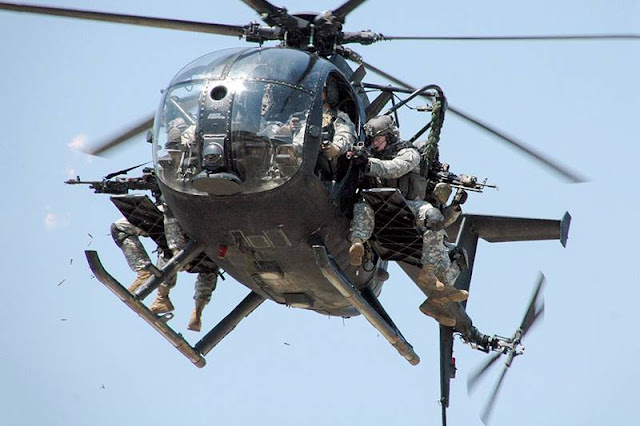 This helicopter is a little less intimidating than the others on the list. The OH-6 Little Bird is tiny, and it can be controlled either by pilots or by remote operators. One benefit of its small size is its high maneuverability. It is often used for observation and reconnaissance. It can also be used for transporting small numbers of troops. This usually means a handful of troops hanging on the sides of the helicopter, and this actually isn’t as dangerous as it might seem.

The most surprising feature is that is can be used in an assault capacity. The assault variant, the AH-6, can be outfitted with everything from 30mm cannons to guided anti-tank missiles to anti-aircraft missiles. While a very different beast when compared to the others on the list, the Little Bird is a force to be reckoned with in its own ways. 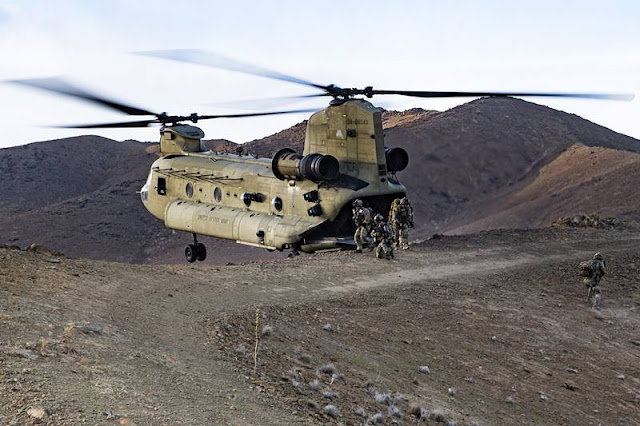 For one, the Boeing Chinook is one of the most memorable looking helicopters around. It has a long body and two engines with full sized rotors atop its body. It stands out for its looks, but its usefulness keeps it around. Unlike the combat oriented helicopters on the list, the Chinook is used for transporting troops. Depending on the other cargo a Chinook is carrying, it can transport up to 55 troops at a time. Cargo hooks allow the Chinook to also transport large amounts of supplies and equipment across the battlefield. They are also outfitted 7.62 machine guns that help with basic defense although they would never be used in pure combat scenarios. 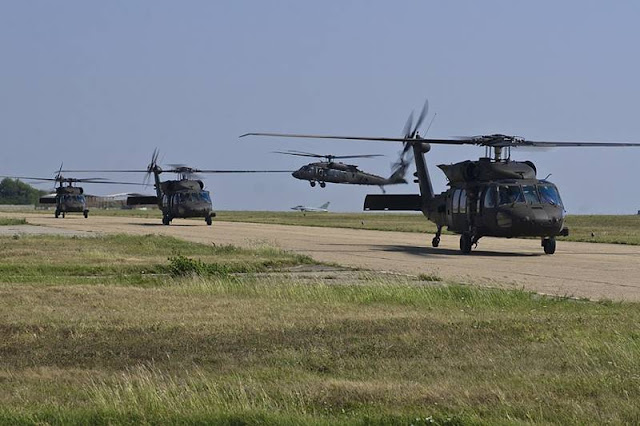 The UH-60 Blackhawk serves multiple major purposes for the US Army. For one, it serves as a medium load transport vehicle. It can transport up to 11 troops behind enemy lines, or any where they need to go. One of the reasons the Blackhawk is so useful for transporting troops is its stealth technology. It is much harder to detect by enemy detection systems than, say, a Chinook. These stealth capabilities also make it useful for reconnaissance. It can also be well equipped for air assault purposes. Guided missiles and cannons allow the Blackhawk to be a threat to enemy aircraft, and its reliable and durable nature keep it in the skies. A less known but incredibly useful purpose of this helicopter is as a medivac. All the previous features make it a great choice for assisting downed soldiers anywhere on a battlefield to treat them and take them to medical services.

The Blackhawk has been a staple of popular culture for some time, with its most notable feature being in the film “Blackhawk Down”. This helicopter’s notoriety may only be rivaled by the final entry on this list. 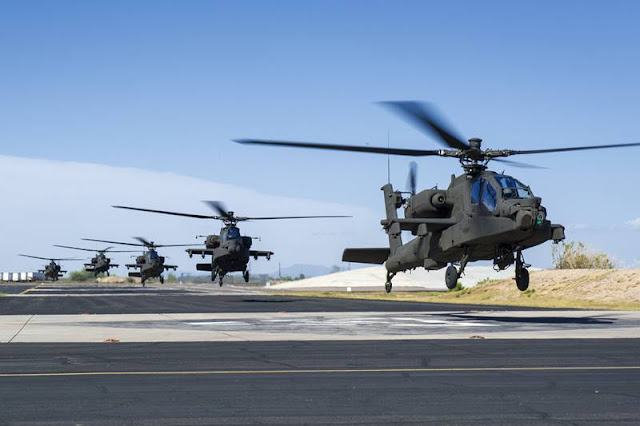 The Apache is perhaps the most iconic attack helicopter of all time. It has been used by the United States for decades and has stood the test of time as a fierce rival in combat. The first version of the Apache was designed in 1972 as the AH-64A.It has been updated over the years to maintain its relevance and superiority over changing battlefields. The most current iteration of the Apache is the AH-64E.
The Apache is loaded down with weaponry. Hellfire missiles are guided anti-tank missiles that track their targets once fired. 30mm cannons are used for various targets that require sprays of rounds. A variety of air to air missiles make it dangerous against other helicopters. It also can send barrages of unguided missiles. When it comes to direct combat, the Apache is a specialist.
👉 You may also like: Military Attack Beasts of Helicopters - Do You Know the Deadliest Ones
Written by Jay Chambers
Helicopters Highlights US Army