Austria could replace Saab 105 with two different types of jets

Austria is currently considering several options to replace its old Saab 105 trainer aircraft, which include leasing or purchase contracts. The nation is evaluating Italian, Czech and British jets and it is not said that it will opt for only one type of aircraft.

Airspace surveillance with two different types has several advantages, especially for a nation that has fewer planes. Two types of aircraft would avoid operating stops in case one of them needs to be updated or has system errors. A change in the system can take years of work.

According to Austrian military aviation expert Georg Mader, at least 6-8 new aircraft would be needed in addition to the 15 Eurofighters currently in use. The cheapest option would be leasing. The new light combat-trainer jets in addition to having a cost per flight hours much lower than the Eurofighter would avoid the current expenditure of 10-12 million euros for expensive training courses abroad.

Austria is looking to the British BAE Hawk, the Czech Aero L-39NG and the Italian Leonardo M-345 and M-346 aircraft. Mader's doubt is that all these planes are too slow to adequately cover the role of interceptor. Only the M-346 can break the sound barrier. 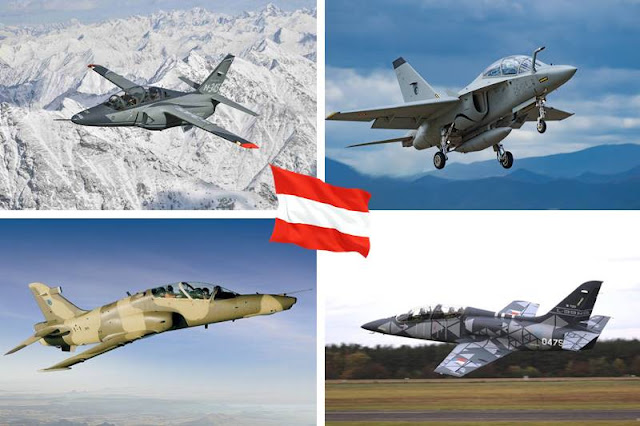 Mader also says that for now it is difficult to estimate a cost for the lease. For example, hiring the twelve American F-5 jets that Austria hired from Switzerland before the arrival of the Eurofighter in 2007 cost € 75 million in four years.

Since Austria also needs new multi-role helicopters, Madner thinks that the Italian industry is able to offer the best package that includes both planes and helicopters.