The US Marine Corps has announced that the Marine Fighter Attack Squadron 314 has received Safe-For-Flight Operations Certification (SFFOC) with the F-35C Lightning II on March 20, 2020. VMFA-314 and the U.S. Navy's F-35C Fleet Replacement Squadron, Strike Fighter Squadron 125, have achieved this milestone after more than 5 months of hard work made it even more difficult by the spread of Coronavirus.

SFFOC marks the end of the squadron's oversight by VFA 125, which was responsible for ensuring that the "Black Knights" received quality training during their temporary relocation to Naval Air Station Lemoore, California, from Sept. 2019 to Jan. 2020.

The SFFOC process ensures the squadron is manned with qualified personnel to implement maintenance and safety programs in support of fleet operations. All transitioning squadrons are required to complete this certification prior to independently conducting flight operations.

The certification process encompasses areas such as equipment, personnel and programs. Requirements include the installation and operation of management information systems and their accompanying support networks. There is also a requirement for operational F-35C squadrons to maintain robust maintenance programs and complete various inspections ranging from conventional weapons technical proficiencies to safety. Squadron personnel complete a transition curriculum and maintain specific competencies in accordance with Naval Air Training and Operating Procedures and Standardization guidelines. 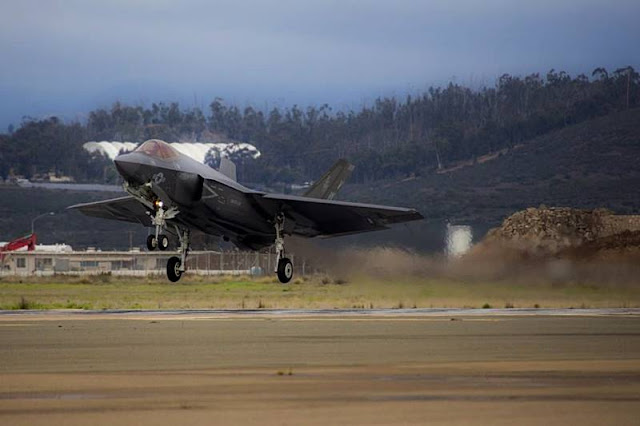 The "C" variant of the F-35 is the first 5th Generation long-range stealth strike fighter designed to operate from both land bases and aircraft carriers. The Lightning II's control surfaces and landing gear are better equipped for carrier operation than the "A" and "B" variants of the aircraft flown by the U.S. Air Force and Marine Corps, respectively. The F-35C is also equipped with larger internal fuel storage, which when combined with its ability to refuel in-flight, extends its range and allows for enhanced flight time when compared to other aircraft.