For the first time, the Italian Air Force is sending the Tornado and the AMX to Ostrava for static demonstrations.


In previous years, Italy presented many of its equipment on static and dynamic displays, including the top performance of the Frecce Tricolori aerobatic group and the Eurofighter Typhoon or C-27 Spartan aircraft. However, its participation this year shows that Italy can still offer unseen attractive equipment to NATO Day visitors.

“The Tornado is in great demand among our fans and this year we can offer two of them - one from Italy and another one from Germany. AMX is rarely seen outside Italy, so it is a very welcome Italian contribution to us," says Zbyněk Pavlačík, Chairman of Jagello 2000. "We are also pleased that Italy, as one of the founding members, is joining the celebrations of the 70th anniversary of the North Atlantic Alliance."

Panavia Tornado is a multirole combat aircraft with variable-sweep wing. The aircraft came up from a common European project of the United Kingdom, Germany, and Italy. Among other things, Tornado took part in the Alliance’s mission in Afghanistan, where it was primarily involved in reconnaissance operations. The UK has recently retired this aircraft, so it is in Europe still in service only in German and Italian air forces, and both of them are sending Tornado to NATO Days. 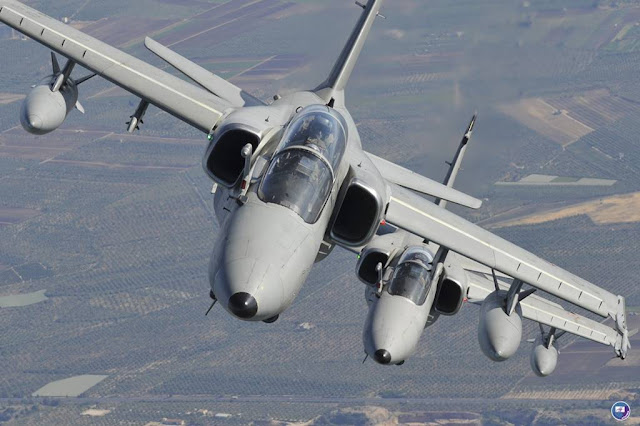 AMX International single-engine aircraft, also called as Ghibli, is designed for ground attacks and reconnaissance operations. It has been used by Italian Air Force since 1989, and apart from Italy, only Brazil has it in service. AMX aircraft were deployed in North Atlantic Alliance operations in the Balkans, Libya, or Afghanistan, where they replaced Tornados. Most recently, the AMX aircraft participated in the fighting in Iraq against the so-called Islamic State.