They were the first pilots to attend the new training course for the Eurofighter line, called "Swing Role". Their training, which lasted about 6 months, marked a great change compared to the past. The course improvement was possible thanks to a coordination between the Comando Scuole and the Squadra Aerea to take advantage of the great abilities of the new M-346 advanced trainer jet which is able to reproduce the multi-role capabilities of the F-2000 Typhoon.

The special guest of the ceremony, Lt. Gen. Settimo Caputo, former instructor and Commander of the 20° Gruppo OCU (20th OCU Group), underlined the importance of this goal, which allows to provide course goers with the skills to conduct all types of missions as soon as enter the squadrons equipped with Eurofighter.

The improvement of the training courses, which follow the continuous technological evolution of the system, have undergone in the last decades a strong mutation, passing from activities focused exclusively on air defense, to a program that also includes ground attack and CAS missions. 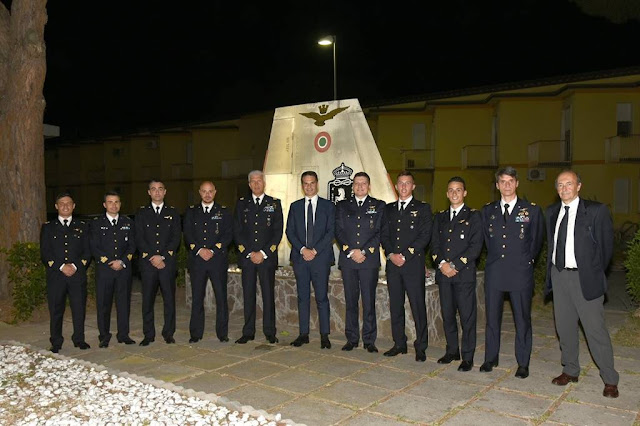 The event was also attended by Mr Panetta and Engineer Mancusi by Leonardo S.p.A., who expressed their appreciation for the goals achieved by the students and for the developments that were made on the Eurofighter aircraft. In a few years it has become a multi-role system that today is involved in several Operational Theaters. They also spoke about the new challenges that Leonardo and the Italian Air Force are facing to upgrade the aircraft to make it an excellence and reference for the coming decades. Dr. Panetta highlighted how Leonardo is proud of the contribution it has been able to offer in all the training phases of Aeronautica Militare pilots, as a supplier of both the MB-339 and the advanced T-346 trainer jets, as well as to be a partner of the Eurofighter consortium.

The next course, which is currently facing the first flight missions, includes another novelty. In addition to Italian students, it includes two Kuwaiti officers as stipulated in the agreement signed between the Arab country and the Italian aerospace company Leonardo.