Four U.S. Air Force crew chiefs had the opportunity to participate in a two-day exchange with German air force counterparts while at Blue Flag 2017.

On the first day of the exchange, two German airmen shadowed the Americans as they prepared and launched F-16C Fighting Falcons assigned to the 510th Fighter Squadron, Aviano Air Base, Italy.

For the German maintainers, who are trained on multiple types of aircraft, it was a drill in familiarization aimed at refreshing their knowledge of the F-16. 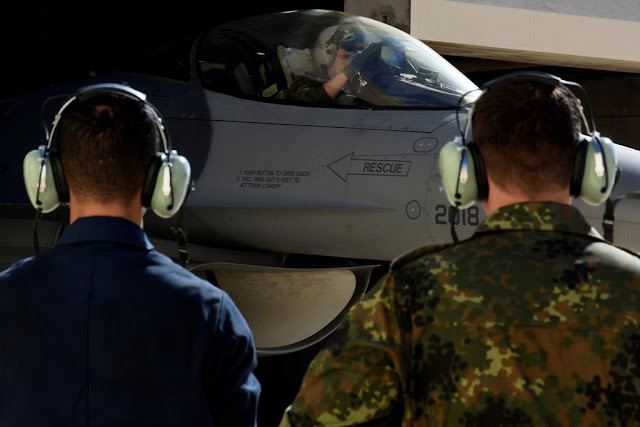 After shadowing the Americans for both morning and afternoon sorties, the following day the Germans invited four U.S. crew chiefs to shadow them as they prepared Eurofighter Typhoons for a day of flying.

In addition to learning about how each country prepares their aircraft for a day of flying, the exchange, as well as Blue Flag as a whole, gave Airmen the opportunity to network and build partnership capacity.

Blue Flag 2017 is a biennial multinational exercise hosted by Israel. This year, for the third iteration of the exercise, eight partner nations trained together to improve coordination, integration and tactical effectiveness.