In 2014, after two years in the pilot exchange program, a Royal Air Force pilot returned to UK at the controls of the B-2A Spirit.

When in June 2014 the B-2 Spirit arrived at RAF Fairford for training, a RAF pilot was part of the contingent as part of an elite exchange program between the two allies.

Flight Lieutenant Ian Hart, a UK citizen and officer in the RAF, has been training with the 13th Bomb Squadron at Whiteman Air Force Base, Missouri since 2012 and is a fully mission-qualified instructor pilot in the B-2 Spirit.

"In the UK, we're lucky enough to have exchanges all over the world with our allies," Hart said. "We have more with the U.S. than anyone else because they're a very close ally."

Since World War I, the U.S. and UK have fought and trained side-by-side. One way to strengthen partnerships among the two nations is with interoperability training between warfighters. Using exchange programs the two nations accomplish operational training in a variety of mission specialties including intelligence, surveillance and reconnaissance, tankers, bombers, fighters and helicopters.

"It's about building an understanding," Hart said. "We're improving relations, interoperability and understanding with how closely we work together." 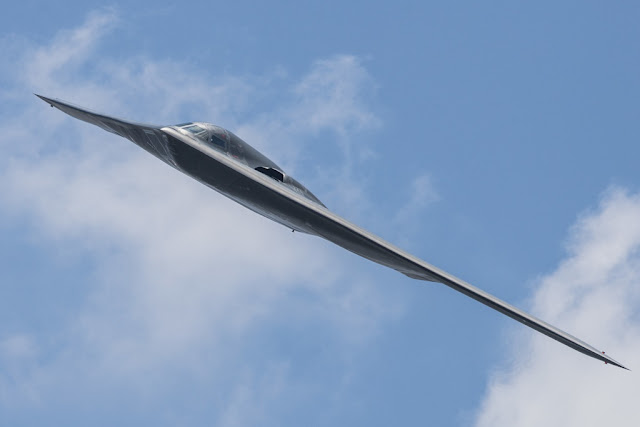 In 2014, Hart was the fourth RAF pilot to fly the B-2 and the deployment was the occasion to came back to UK after few years outside the country.

"It's lovely to get back and see the local area," Hart said. "Fairford is a lovely place and things feel more familiar to me, like driving on the 'correct side' of the road, among other things."

Hart flew the RAF GR4 Tornado for more than ten years before he trained in the B-2. He has enjoyed experiencing the differences between the two types of aircraft, as well as the difference between the U.S. military and the RAF operational procedures; the main one being the interactions with air traffic control.

"I've got a head start on the other pilots in the UK because I understand the structure and the air traffic control procedures," Hart said. "In the U.S., rules are much more aligned through the Federal Aviation Administration and the way their airspace is structured."

Hart remarked that the program has allowed him to grow in many ways.

"Seeing different structures and rules have really helped me develop professionally both as an officer and a pilot," Hart said. "It's given me ideas I will bring home on how we can improve systems ourselves."

Hart believes having a common understanding of flight operations between the USAF and RAF will in turn make integration even more seamless.

The methods of training are different between the two nations though the intent is the same, Hart said.

"The U.S. training system and way of maintaining combat readiness is different from ours. The ways rules are written on how pilots must land, perform air refuels, and other various tasks to maintain mission readiness are different," Hart said.

"Professionalism and pride are right at the top of the similarities that we both have," Hart said. "The core of what we do remains the same throughout. We both have that to succeed, and that drive to do better, learn and teach other people."

If Hart was called today to fight alongside the U.S., he would be ready, he said.

"We maintain that combat currency," Hart said. "Part of what we're doing here is to keep that mission training going to see how we would operate in a different airspace. I maintain my combat currencies just like every other pilot on the B-2. I have to hit the same standards and requirements to ensure that we are ready to go."

"We are fully trained and confident," Hart said.

As in 2014, three B-2s are currently deployed to RAF Fairford in order to familiarise aircrew with operating in unfamiliar airspace and to improve integration with NATO allies (More info here).