The aircraft will be shown at the Open Days at Geilenkirchen Air Base on July 1-2.

In commemoration of the NATO E-3A Component’s 35thAnniversary, an Airborne Warning and Control System (AWACS) aircraft was unveiled on Monday, June 12, 2017 sporting a new look.

”The special painted AWACS gives great exposure to the task and mission of the NATO Airborne Early Warning and Control Force,” said Lieutenant Colonel Raimon Schulz, Chairman of the 35th Anniversary Committee. "The anniversary aircraft will be flown for the upcoming 6 years and the decals can be adjusted to other special events like the celebration of 70 years NATO in 2019. The flags on the sides of the aircraft symbolise the multinational character of this unique unit within NATO,” he added.

A similar event was organized 10 years ago, in June 2007, to celebrate the 25th anniversary of NATO E-3A Components. For that occasion a beautiful special color aircraft was also painted. 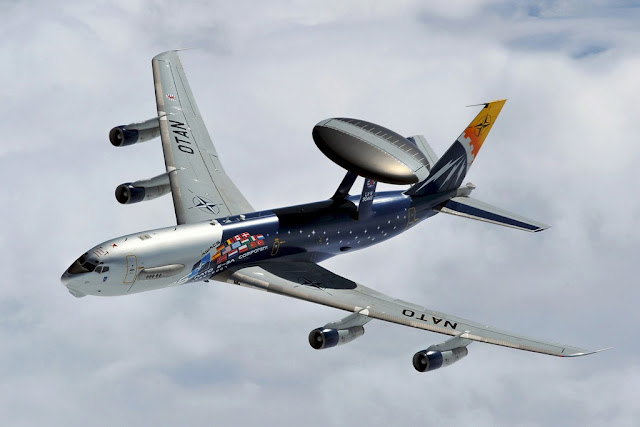 If you would like to see the newly painted AWACS, it will be on display during Open Days GK, Jul. 1 to 2, 2017. More information can be found here.