RAPTOR VS TALON IN ATLANTIC TRIDENT 17

During the exercise former F-22 pilot flies the T-38 with the role of opposite force against Raptor.

Imagine an enemy who knows how you operate.

They know your game plans, have been in your position and used your gear. On top of that, they outnumber your team and have the ability to regenerate. 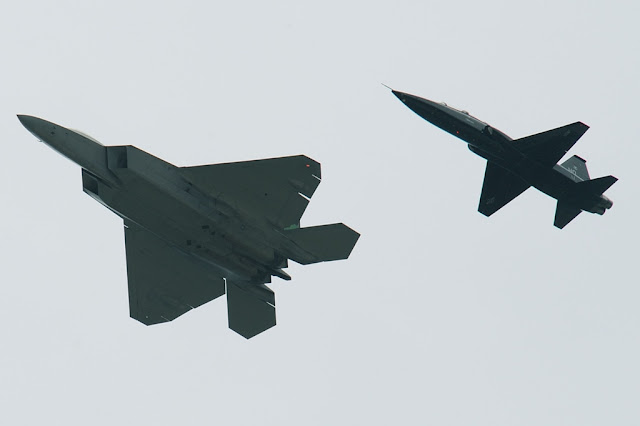 "Having a former (F-22) Raptor pilot fly the T-38 essentially allows them to get inside our brains a little bit; they know where a good plan could fail," said Capt. Michael, a 94th Fighter Squadron F-22 Raptor pilot. "For me, and I think any blue pilot in general, when you see a lot of adversaries out there, you have that, 'Alright, here we go,' moment. It's a problem to solve and that's what we like doing, solving problems out there."

According to Lt. Col. Charles Hebert, the 71st FTS commander and an aggressor pilot, the red air pilots, like 1st Lt. Duston “Champ” Obrien, the 71st FTS aircraft commander, don't need Raptor cockpit experience to understand what the Raptor can do, or to expose any weaknesses that might unveil during a coalition training like Atlantic Trident 17.

"A guy like Champ (Obrien) has flown adversary air and even though he doesn't have fighter jet experience prior to being here, he's as capable as anybody in the squadron flying adversary air," Hebert said pointing to a 71st FTS adversary T-38 pilot. "He briefs and debriefs with the Raptor (pilots) day-in and day-out; he's deployed, he's mission planned for the Raptor, he's flown Raptor sims; the guy knows how the Raptor employs in a broad sense. Therefore, he knows how to fight against it and may expose weaknesses." 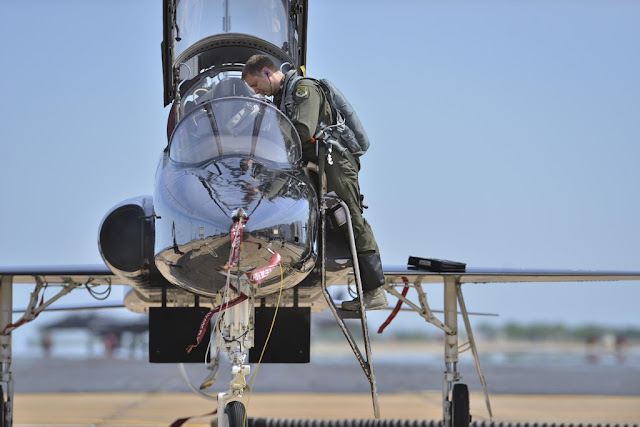 According to Michael, finding those weaknesses is what the exercise was all about. The blue and red teams work much like any sports teams. They go into the fight with a coach that talks over the plan, the expected interruptions and contingencies. During that fight, if the blue team experiences something they didn't see coming, they can add a play to their books for use in future operations against real adversaries.