On April 26, at the Base Aerienne 113 in Saint-Dizier, the French Rafale solo display unveiled the special color aircraft for the 2017 season. It represents the blue-red-grey colors of Armée de l'Air (French Air Force) coat of arms. The new painted aicraft took off on April 27 during a "beau temps" event in its home base. The Rafale will perform its amazing display during all the new season. 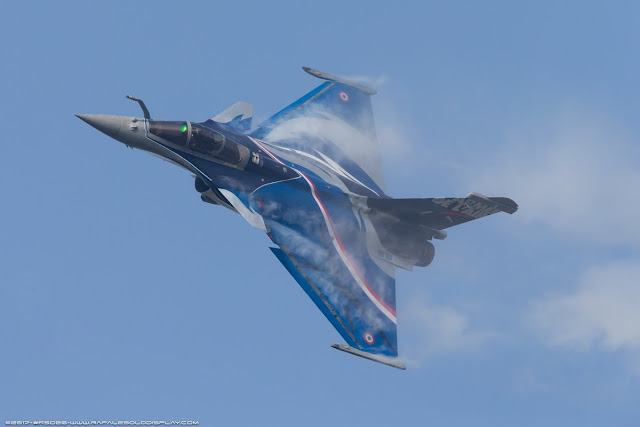