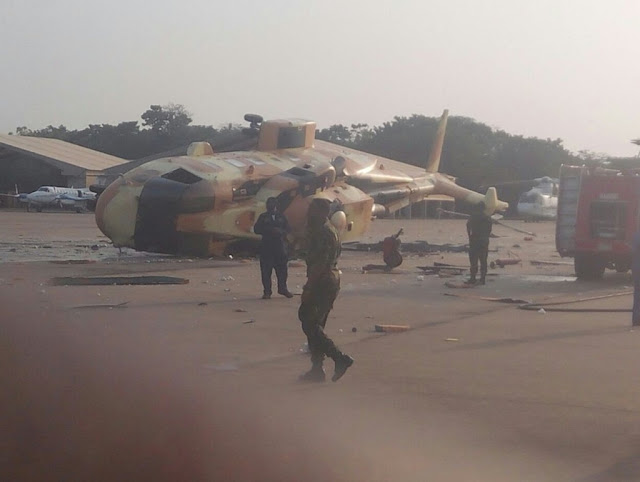 The crash is coming two months after President Muhammadu Buhari handed over the two ballistics defence capable aircraft from the Presidential fleet to the Nigerian Air Force. According to a report by TheNewGuru.com the jet crashed due to poor training of crew members.
After the handover, the aircraft was repainted from the initial white and green to camouflage.
A source told that damages to the jet were significant but no life was lost to the crash.

According to a Leonardo release the AW101 combines the most advanced technologies, mission equipment, security features, outstanding comfort and manufacturing expertise to deliver a superior helicopter system.
With its latest-generation integrated avionics, navigation, communications, safety and security systems, the AW101 offers a unique solution to the most extreme operational requirements of the 21st Century.
Safety