November 25, 2016
Finland has received information from five manufacturers regarding the replacement of its Boeing F/A-18C/D Hornet fleet. 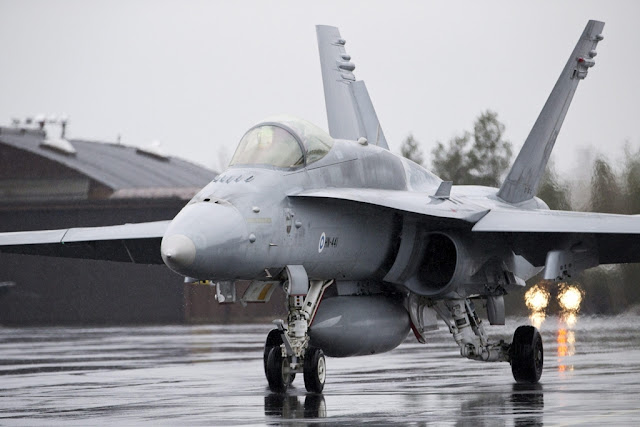 All five primary companies, namely Boeing, Dassault, Eurofighter, Lockheed Martin and Saab, with their respective F/A-18E/F Super Hornet, Rafale, Typhoon, F-35 and Gripen E fighter jets.
The Finnish Government will take a decision in 2021.
The aim of the HX Fighter Program is to replace the operational capability of the Air Force F/A-18 aircraft, which will be decommissioned as of 2025, with multi-role fighters.
The primary goal of Finland's defence capability is to secure a pre-emptive threshold to stop a possible aggressor from using and threatening to use military force and to counter attacks against Finland. The capabilities of the Air Force's fighter aircraft play a significant role in Finland's defence.
They form an integral part of air defence and the joint fire capability of the Defence Forces to engage land- and sea-based targets. In addition, these capabilities support intelligence, surveillance and C2 systems in the Defence Forces. They cannot be replaced by other systems such as anti-aircraft weapons or unmanned aircraft as these make up only a part of the capabilities of the fighter aircraft.
The life-cycle of the Hornet fleet is expected to finish by the end of the 2020s. Service life is limited by three main factors: weakening of relative capabilities, fatigue of structures and the availability of the aircraft’s systems, spare parts and software. To extend the life-cycle of the Hornet fleet would not be cost-effective and, from the perspective of Finland’s defence, a sufficient decision.
Developments in Finland's operating environment and the need to maintain a pre-emptive defence capability require that the Hornet fleet be replaced with multi-role fighters by the end of the 2020s.
The HX Fighter Program will take about 15 years to complete: the decisions on submitting requests for information and calls for tenders will be made during the 2015-2019 parliamentary term while the actual procurement decision will have to be made in the early 2020s.
It is not possible to replace the capabilities of the Hornet fleet within the current level of the defence budget. The parliament will decide on the funding under its budgetary authority.
Industry