November 28, 2016
The security cabinet decided unanimously on Sunday to purchase 17 additional F-35 stealth fighter jets from the United States. The Prime Minister's Bureau said the new purchase will bring the number of F-35s in the Israel Air Force to 50. 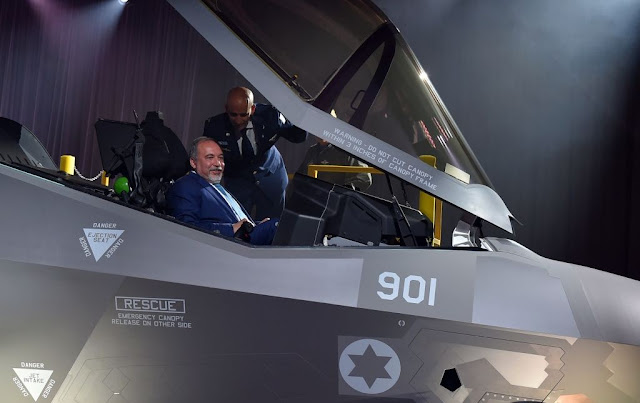 Israel initially ordered 19 aircraft in 2010 under a $2.7 billion package, the first two of which are scheduled to arrive here in the coming weeks. That initial package was followed by a $2.82 billion follow-on order in February 2015 for another 14 planes.
The option to purchase an additional 17 jets has been on the table for some time, and Sunday’s announcement by the security cabinet seems to confirm that Israel will realize its option to acquire more fighter planes.
Despite taking years to produce, over $1.5 trillion in development costs, and numerous setbacks, Israel’s purchase of the 17 additional F-35s appeared to be a show of confidence in the plane and its abilities.

The state-of-the-art F-35, already nicknamed the Adir (Hebrew for mighty or glorious) in Israel, is considered the world's most advanced fighter aircraft. The additional purchase will enable Israel's Air Force to outfit two full squadrons of the plane.
The planes, produced by Lockheed Martin, are being purchased as part of the military aid agreement between the United States and Israel. The price of each individual plan is estimated at about $11 billion.
The first F-35 squadron is now being established and Israel's first pair of F-35s are scheduled to land in Israel within end of the year. They will be flown from the United States to Israel by American pilots, with mid-air refueling over the Atlantic Ocean and the Mediterranean. The next day two of the six Israeli pilots who trained in the United States to fly the Adir will take over.
F35