“As a venue for innovation through integration, Black Flag is ultimately a deep-end testing arena to create and discover capabilities utilizing existing and emerging materiel,” said Lt. Col. Mike Benitez, 53rd Wing Director of Staff and lead project officer for Black Flag. “Black Flag’s largest benefit is that it’s a tactical initiative with strategic impact. Warfighters know that innovation happens at the intersection of weapons and tactics—where integration occurs.” 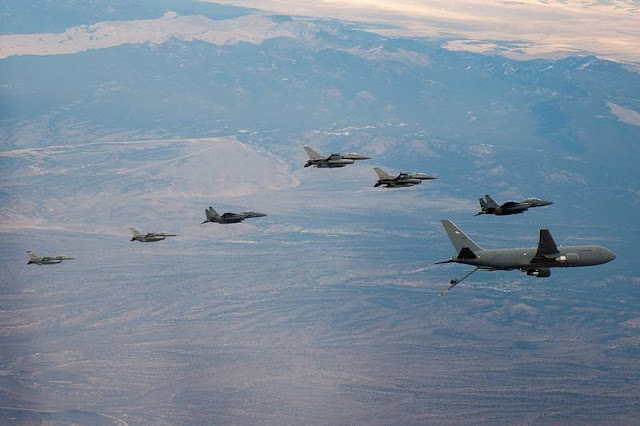 Black Flag allows for multiple areas of test and tactic development to be executed in a singular event, while also creates an environment to adequately test and validate Tactics Improvement Proposals put forth by senior leaders at the annual WEPTAC conference, ultimately ensuring the warfighter has the most advanced and lethal tactics when they need them.

“Black Flag is essential to national defense,” said Col. Ryan Messer, commander, 53rd Wing. “Instituting a Flag-level exercise is the result of both the dedication of professionals in the 53rd Wing and also the support of senior leaders who acknowledge the importance of, and are investing in, testing like we fight.”

As the only wing responsible for operational test and tactics development for the Air Force’s fighter, bomber and RPA fleet, the 53rd Wing is both uniquely tasked and poised to execute Black Flag, explained Messer. 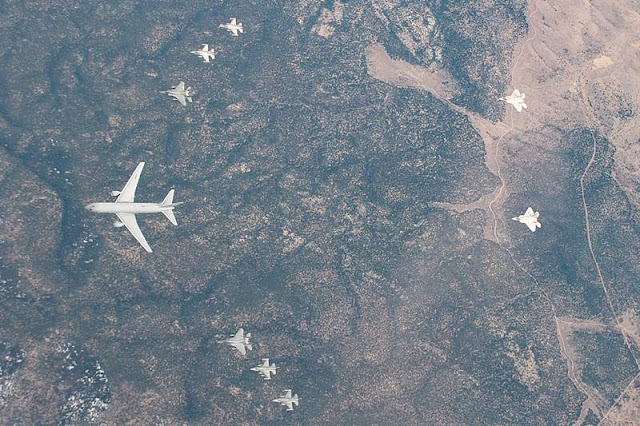 By definition from COMACC Plan 21: “Black Flag, the world’s premier large force tactics and integration test event, will enable the CAF to 1) innovate through deep-end test integration to discover new capabilities and synergies of fighter, bomber, ISR, and classified programs that create multiple dilemmas for the adversary, 2) satisfy AFI/AFMAN testing mandates, 3) add relevancy and accountability to ACC Weapons and Tactics Conference (WEPTAC), 4) foster a culture of Test Like We Fight that compliments Train Like We Fight, and 5) produce strategic impacts for Joint All-Domain Operations (JADO) and the NDS.”

Though COMACC Plan 21 formalizes Black Flag, the concept itself is not new. Operational testers have long been tasked with testing in realistic, mass-forced environment. The 53rd Wing proved the effectiveness of the Black Flag concept through recent large force test events in August and November 2020. As the operational test and tactics development-focused flag event, Black Flag completes a test triad alongside Orange and Emerald Flag.

“Black Flag is just one of the many examples of how the 53rd Wing is fulfilling the Chief of Staff’s vision of Accelerate Change or Lose,” said Messer.
Source, Images: 53rd Wing
Exercises USAF