On December 16, 2020, the Finnish Air Force held an event at the Air Force Academy in Tikkakoski to celebrate the Hawk's 40 years of service. In addition to the appreciation of the jet from the senior military officers, who consider it an excellent trainer, but also a great "bad guy" for combat training of fighter squadrons, the ceremony included the presentation of the white-blue Hawk HW-340 "party painting". The aircraft's celebratory cool livery was designed by Oskari Tähtinen, who was part of the Midnight Hawks national aerobatic team.
The Hawk has a long history of success in Finland. The nation procured the first 50 Hawk Mk 51 trainer aircraft following an agreement signed with the British Aerospace Group in December 1977 as the first international customer of the Made in UK jet.
Under the agreement, the first four aircraft were built in Dunsfold, UK, and the remaining 46 were assembled and tested in Finland at Valmet's plant in Hall. Finland's first Hawk Mk 51, HW-302, arrived from Dunsfold to Pori, flown by Major Paavo Janhunen and engineer Keijo Koko, on 16 December 1980.
In 1990 the nation decided to integrate the Hawk fleet with seven new Mk 51A aircraft. The first Hawk Mk 51A, HW-351, arrived in Finland from British Aerospace's Warton plant in October 1993.
A third lot was then procured by Switzerland in 2007, which included 18 second-hand jets of the Mk 66 variant. This latest deal amounted to 41 million euros, which at that time corresponded to the price of two new Hawks.
The Finnish Air Force currently has 32 fully modernized Hawk in use, which will fly until 2030. 16 are of the Mk 66 variant, seven of the Mk 51A and nine of the Mk 51. The latest modernized Hawk Mk 51, HW-340 (the party painting jet), was completed just before the 40th anniversary. The Hawk fleet is constantly maintained and updated by the national company Patria.
Over the past 10 years, updates have focused on flight training systems. The old analog systems have been replaced by multifunction displays, head-up displays and activity recording devices. The most recent step in the modernization of Hawks has been the development of data transfer systems in order to allow aircraft in real flight to operate jointly with ground simulators allowing pilots to train through the so-called Live, Virtual & Constructive environment (LVC).
The Hawk will have a total service life of six decades, the longest in the history of the Finnish Air Force. All Hornet pilots have sat or will sit in the Hawk's cockpit. Even before the Hornet, several pilots of Draken and MiG-21 fighters flew the Hawk. The modernized Hawks will also train the pilots of the future fighter aircraft that will be selected through the HX program. The Hawk's cockpit will be modernized to be as compatible as possible with the Hornet's successor. 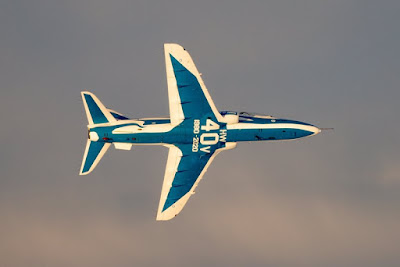 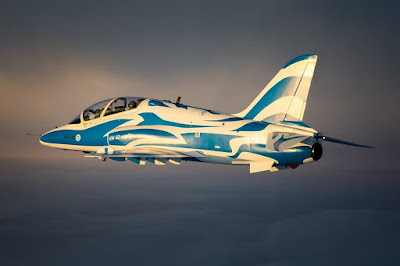 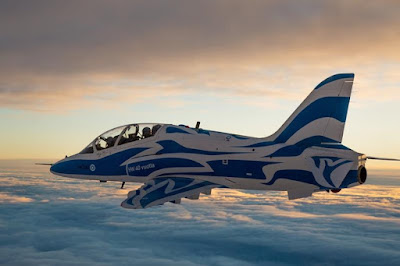