by Blog Before Flight Staff on October 01, 2020
A US Marine Corps F-35B Lightning II latest generation combat aircraft collided with a KC-130J Hercules during an air refueling operation, September 29, 2020.

The F-35B pilot successfully ejected before the jet crash. The STOVL aircraft then vanished into a fireball, according to several online videos. The Hercules with 8 soldiers on board made an emergency landing in a carrot field near Thermal Airport, California.  The F-35 crashed about 30 miles farther, near Salton City. The mishap did not result in military or civilian deaths in the surrounding areas.

The KC-130J is assigned to Marine Aerial Refueler Transport Squadron 352 of Miramar, Calif., and appears to have suffered substantial damage to engines number 3 and 4 as well as the refueling probe. 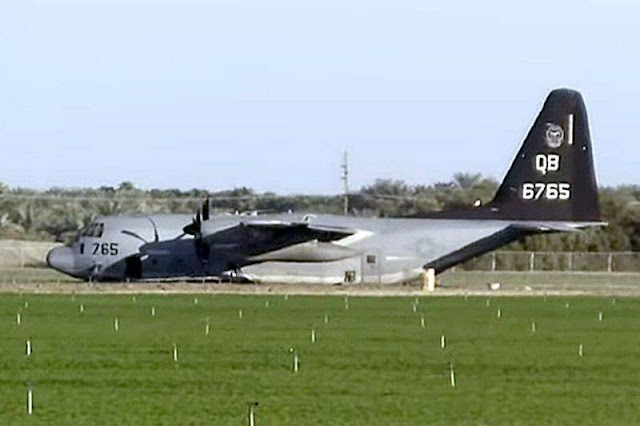 This mishap marks the second Marine F-35B crash after the previous one in South Carolina in 2018.
Written by Matteo Sanzani
F35 Highlights Safety USMC