by Blog Before Flight Staff on September 23, 2020
F-35B Lightning Jets from the Royal Air Force and United States Marine Corps (USMC) have left RAF Marham to join the aircraft carrier HMS Queen Elizabeth, to take part in Exercise Joint Warrior off the west coast of Scotland.

The jets from 617 Squadron and USMC’s VMFA 211 Squadron have previously been carrying out training from RAF Marham. This exercise will see the jets embark onboard the aircraft carrier for the next stage of the Carrier Strike Group’s training programme prior to the carrier’s first operational deployment next year.

This exercise follows on from the recent Exercise Point Blank, which the jets took part in and marks a step up in complexity as the pilots and ground crew exercise from HMS Queen Elizabeth.

Exercise Joint Warrior is a biannual exercise that is run off the west coast of Scotland and is used by NATO, partner nations and all three services as an opportunity to conduct large scale inter-operability training. This will be the first such exercise for HMS Queen Elizabeth. 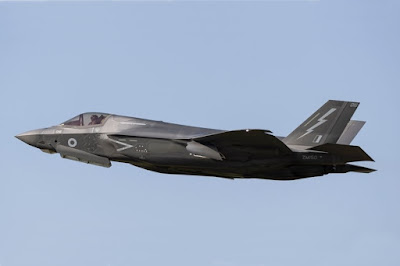 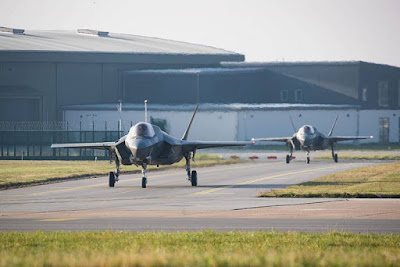 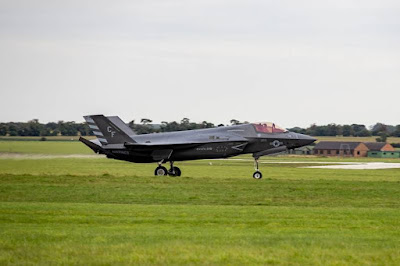