September 21, 2020
In previous years, the annual 'MarketGarden' parachute airdrop was held in September at the Ginkelse Hei near Arnhem, in the Netehrlands. Due to the Corona/Covid epidemic, this exercise has been adapted to the current time.

This exercise is divided into two parts, called 'FalconLeap'.

Part 1 of this exercise consisted of the dropping of cargo from various military transport aircraft above Deelen and Oldebroek traingareas. Due to Corona/Covid, it was not possible to attend the cargo drop off the aircraft. It was planned to fly a mission over the training areas 3 times a day.
For this exercise, an American C-130 and a French C-130 had flown to Eindhoven Airbase (ICAO: EHEH) at the beginning of the week to practice together with C-130 Hercules aircraft of the Royal Netherlands Air Force. But due to bad weather, no missions were flown in the first days of the week, causing the American C-130 to return prematurely.
The French C-130 left for France on Friday 11 September, after having flown several missions with the Dutch Hercules aircraft.

Part 2 of this exercise consists of dropping paratroopers from various military transport aircraft above training areas where no spectators are allowed. These practice areas include Renkum, Deelen and the Ginkelse Hei; all areas around the city of Arnhem.

For this 2nd part of the FalconLeap exercise, transport aircraft from the Netherlands, Belgium, United States and Germany flew 2 to 3 missions per day.

On September 18th, 1944 the city of Eindhoven was liberated by the Allied troops. Every year on September 18 there is a commemoration in Eindhoven, where one or more C-130s of the Royal Netherlands Air Force fly above the city at 20:00.

Also this year there will be a unique “Fly By” with a number of military aircraft taking place above Eindhoven. The “Fly By” coordinated by the European Air Transport Command (EATC), with its headquarters in Eindhoven, will be on display in a large part of Eindhoven.
Participants in the Fly By were a Dutch C-130, a Belgian C-130, a French A400M and a German C-160 Transall. Additional aircraft were a Supermarine Spitfire and a B-25 Mitchell, from the Dutch Air force Historical Flight at Gilze-Rijen AB. 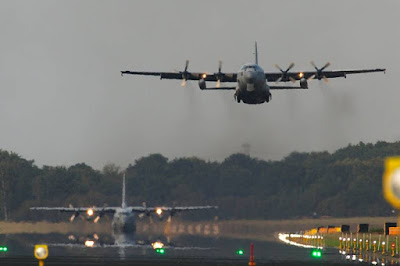 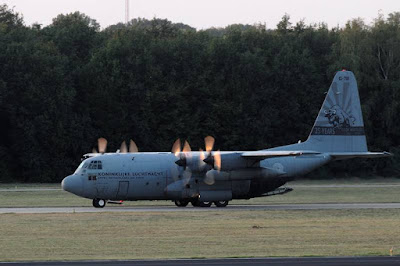 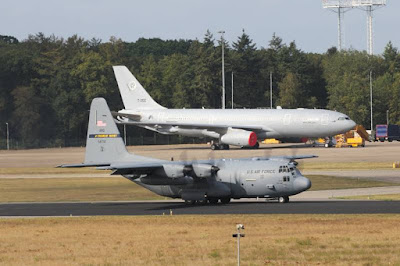 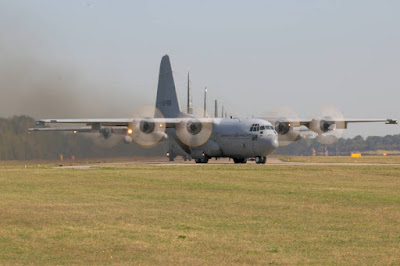 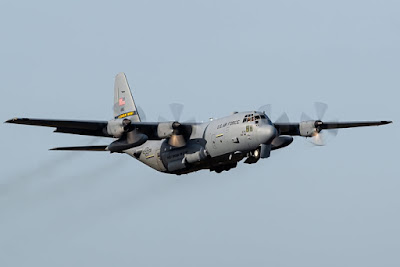 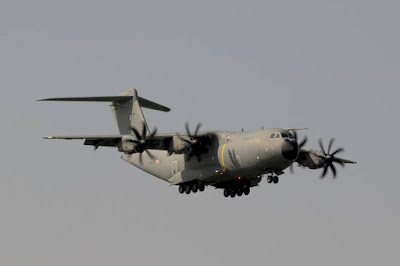 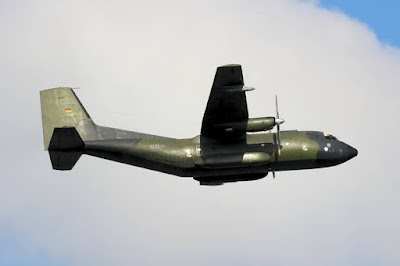 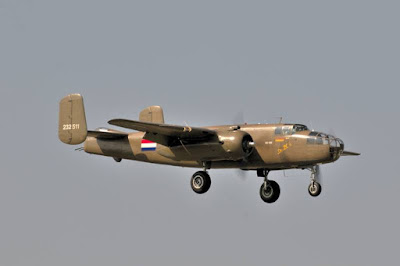 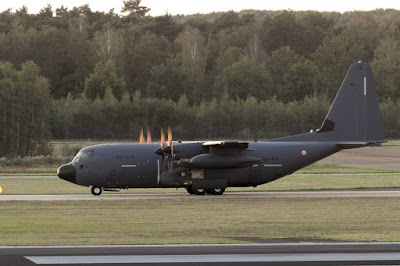 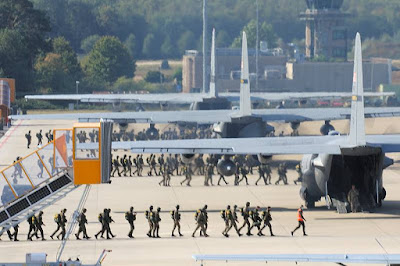 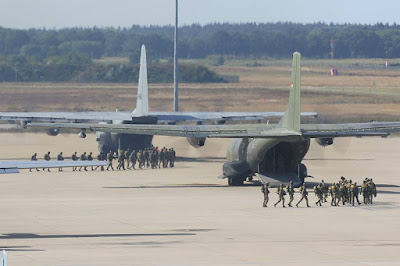