August 26, 2020
U.S. Navy Strike Fighter Squadron 41 (VFA-41) "Black Aces", assigned to Naval Air Station Lemoore, California, has deployed some Super Hornets to Nellis Air Force Base, Nevada, to take part in the Green Flag 20-9 combat training exercise.
Green Flag-West, is a realistic air-land integration combat training exercise involving the air forces of the United States and its allies. It is organized by the U.S. Air Force in congiunction with the U.S. Army. It provides essential Close Air Support (CAS) training that combines the capabilities of the Air Force and Army as a multi-domain fighting force.
During the exercise, combat pilots learn how to aid Army ground forces by providing CAS to clear the area of "enemy targets". For this type of mission it is very important that the pilots do not work alone. The role of the weapons systems officer in the back seat becomes crucial as he/she maintains communications with JTACs on the ground and other aircraft in the sky. Therefore, the participation of combat aircraft capable of accomodating two officers such as the US Navy FA-18F Super Hornet or the USAF F-15E Strike Eagle is essential.
The FA-18Fs are able to perform multiple missions in the tactical spectrum, including air superiority, day and night strike with precision-guided weapons, fighter escort and close air support and suppression of enemy air defenses. All these abilities are key to the Green Flag. 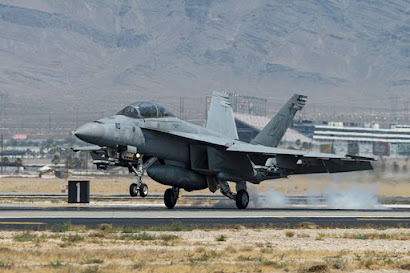 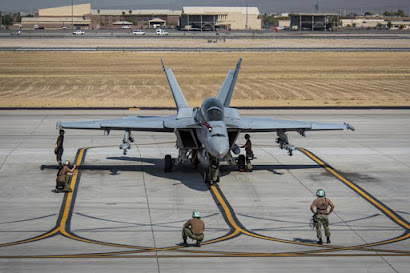 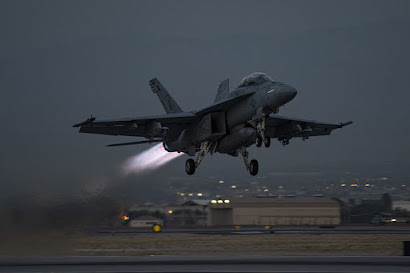 👉 You may also like: Super Hornet is still alive, stronger than ever
Written by Matteo Sanzani
Images: USAF/Airman 1st Class Dwane R. Young
US Navy