August 19, 2020
The Queen’s Colour Squadron (QCS) pulled a BAe 146 aircraft to commemorate the 80th anniversary of The Battle of Britain by taking part in the RAF Benevolent Fund’s ‘Hardest Day Challenge’.

The 25-Man team, exclusively comprised of personnel from QCS, undertook the challenge of pulling a 28-tonne BAe 146 aircraft 1km along the runway at RAF Northolt to raise money for the charity.

The RAF Benevolent Fund have launched the Hardest Day Challenge to encourage people to conduct a short challenge to commemorate the sacrifice and courage of the RAF 80 years prior in defence of the United Kingdom during the Battle of Britain. 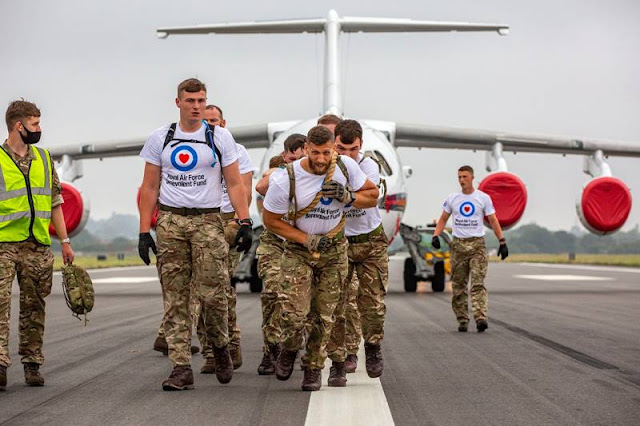 On 18th August 1940, fighter aircraft launched from RAF Northolt in defence of the large and multiple waves of assaulting Luftwaffe. Multiple squadrons operated from RAF Northolt during the Battle of Britain in 1940, although none more famous than No. 303 Polish Fighter Squadron.