This delivery was carried out as planned, despite the constraints related to the Covid-19 crisis, thanks to the professionalism and commitment of Dassault Aviation teams and its industrial and government partners.

The contract for the upgraded (standard 6) ATL2 combat system was awarded by the DGA on October 4, 2013. The program covers a fleet of 18 aircraft. Dassault Aviation is due to deliver seven renovated ATL2s over 2019-2023. In parallel, the SIAé aeronautical maintenance center will upgrade 11 aircraft.

– a new WESCAM optronic ball (already integrated, in Emergency Operation, on some ATL2 with the previous standard, in 2013),

– new consoles for the tactical display subsystem, developed by SIAé. 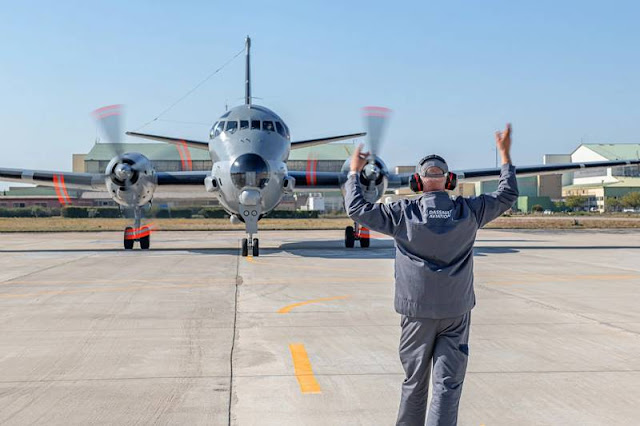 The standard 6 upgrade will improve the ATL2s’ capability to support the Strategic Ocean Force and the Naval Air Group of the aircraft carrier Charles-de-Gaulle, to deal with modern threats (future nuclear or conventional submarines, naval forces, etc.) and to support air-land missions, until 2030.