Walk around Antonov An-225 Mriya, the world record plane

Last week our contributor George Karavantos had the rare opportunity to observe closely the giant of the skies, the Antonov An-225 Mriya. George, an A320 Captain, was flying back from China when he met Mryia during his stopover at Almaty airport, Kazakhstan. The An-225 was also returning from China, it was conducting its first air bridge in support of the fight against Covid-19.

The photos taken by George walking around the Mriya clearly show all the grandeur of the aircraft. Just to give an idea, it is 13 meters longer than an A380 and 15 meters longer than the An-124. Its enormous mass (285 tons empty) is supported by 32 wheels and moved by 6 turbofans.

It is the only An-225 currently operating in the world. It can be hired to transport very heavy or bulky loads, for a total of 250 tons. The An-225 can also carry loads above it, such as a space shuttle. It will be used as a flying launch platform for future aerospace systems in order to reduce the costs of space missions.

The An-225 has entered the Guinness Book of Records with around 250 records, such as the transportation of 247 tons of equipment for an oil pipeline or for the heaviest single piece ever loaded on an airplane, a generator of about 190 tons for a gas power plant. 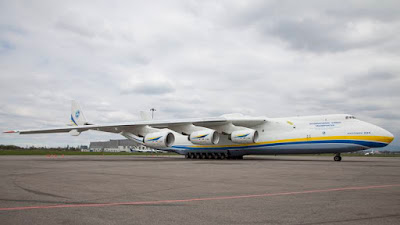 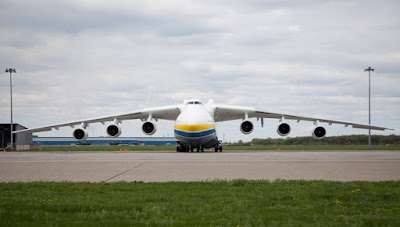 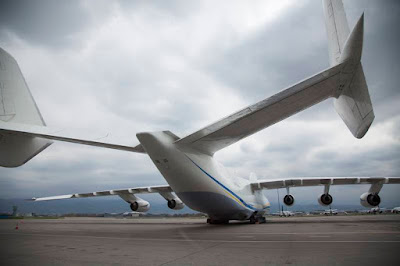 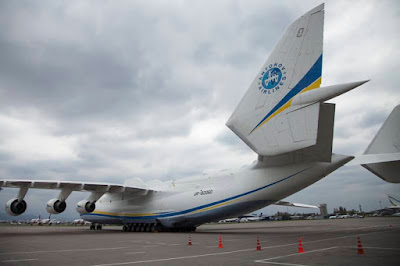 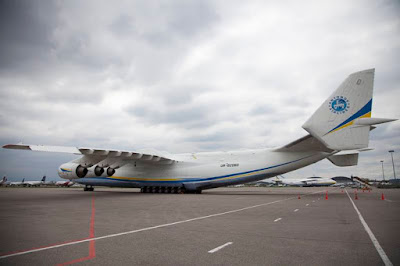 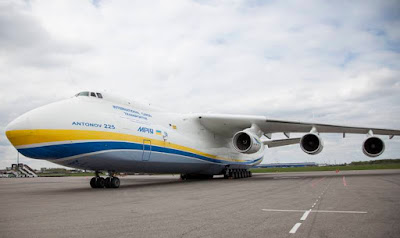