The Swedish Air Force recently conducted a joint exercise with the French Navy to increase its ability to cooperate with European allies in different environments. One of SwAF's goals is to get used to operating in different areas as the future could bring battles everywhere.

The activity also involved the French aircraft carrier Charles De Gaulle who became the target of Swedish fighters during the first day of exercise.

"The first day of training was conducted in the Danish airspace (west of Jutland) with the involvement of French and Danish aircraft. Two Danish F-16s escorted us to the training area where we were later coordinated by French E-2C. The mission was carried out with good results thanks to the great collaboration," says Johan Jeppsson from TU JAS, the tactical development department for Swedish Gripens. 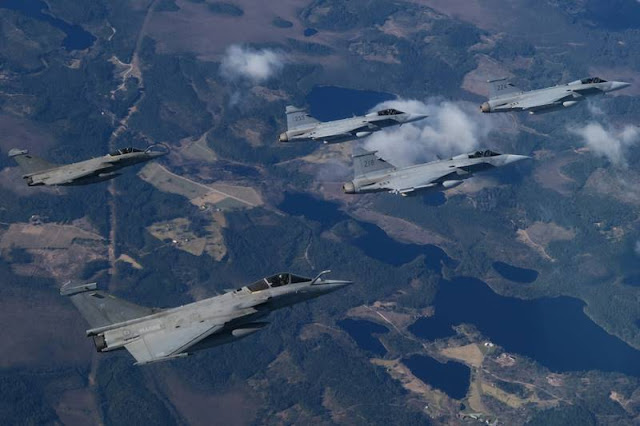 The second day of exercise was conducted in Swedish airspace, but without allowing the Gripens to conduct the scheduled air refueling activity as the French tanker was involved in the fight against Covid-19. However, the Rafales carried out a Buddy-Buddy refueling activity. They then took care of defending a target area to allow the Swedish Gripens to attack with precision bombs.