A US Air Force A-10C Thunderbolt II assigned to the 75th Fighter Squadron made an emergency landing at Moody AFB, Georgia, without landing gear extended, on April 7, 2020.

The plane was conducting a routine training mission when the pilot declared an in-flight emergency.

The pilot landed on the main runway and was not injured. As the picture shows, the A-10 touched the asphalt with the rear landing gear bays which are positioned under the wings and allow the aircraft to maintain its belly higher than the ground level. In addition, the rear landing gear of the A-10 does not hide completely inside the aircraft, part of them remain outside (see image below) and most likely this has helped the good result of the maneuver. 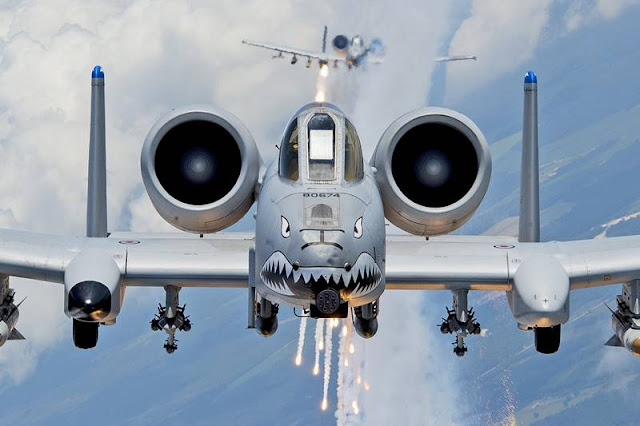 The plane appears not to be very damaged and may fly again. Or maybe it will be included in the 44 A-10Cs that USAF is planning to retire from October 2020.

The cause of the mishap is unknown, an Interim Safety Board will investigate the incident.