Last November, a big airshow took place at Moody Air Force Base, located in the southern region of Georgia. The base is well known to the Warthog’s fans since it hosts three notorious squadrons (74th, 75th and 76th) of the A-10 Thunderbolt II. In fact one of these squadrons will be hosting the Hawgsmoke 2020, a biennial bombing and gunnery competition of all the USAF A-10 squadrons.

Moody AFB is the home of the 23rd Wing and the 93rd Air Ground Operations Wing. The 23rd Fighter Group directs the flying operations for the USAF's largest A-10C fighter group, consisting of two combat-ready A-10C squadrons and an operations support squadron. The 23d Fighter Group became part of the 23d Wing at Moody AFB on August 18, 2006.

The aircraft of these three completely different Arms are combined to form a complex force which main role is to find and extract from a hot zone of a battlefield downed pilots who are in great need of rescue.

This year the "Thunder over South Georgia" airshow took place during the first weekend of November. The opening of the show was made by the parachuting team of USAF, the Wings of Blue which belong to the 98th Flying Training Squadron followed by a fly-pass of an A-29 Super Tucano which belonged to 81st Fighters Squadron which is also stationed in Moody AFB.

The headliner of this year's show was the participation of two USAF solo demo teams. The F-22 and the A-10 demo teams along with the participation of the Blue Angels. In addition to that, the A-10 Demo Team was appearing with a new camo that had recently introduced to the airshow theatre. But definitely the highlight of the show was the display of all the air assets of Moody AFB in a unique and dynamic demonstration which combined air and ground demos represented by all squadrons of the base in a simulated battlefield.

This demo displayed a simulated rescue of a downed airman and featured two HH-60G rescue helicopters which were responsible for the extraction and two A-10C Thunderbolt II aircraft which were providing close air support. The two Hogs displayed simulated ground attack accompanied with timed explosions, while at the same time, two F-15Es were providing aerial cover from above. Near the scene, a HC-130J was orbiting at higher altitude in order to provide air refuelling to the two helicopters during their return to their mother base.

This demo highlighted the Air Force’s air superiority capabilities, close air support and combat search and rescue missions and capabilities in a unique combination of all the squadrons of the base.

The star of the show was undoubtedly the F-22 Raptor. Although seen before, the demo of the Raptor is always breathtaking. The F-22 is a unique fighter and definitely showed its tremendous capabilities at its best. For once more Major Paul “Loco” Lopez put his highly manoeuvrable aircraft through its paces.

Next it was the time for the Warthog to show up! Despite lacking in performance and noise, the A-10 executed a unique display with lots of tight turns, pyrotechnics and a lot of Rock music! We are huge fans of the Warthog and since its return to the airshow theatre in 2018 we are trying to find opportunities to meet it. The team had recently painted its demo aircraft in a distinctive camouflage and it was a great satisfaction to be able to see and admire it up close at this airshow. The aircraft was painted all green on its top side after the P-51 Mustang, paying tribute to Lt. Henry William Brown, a 355th Fighter Group pilot during WWII, for becoming the fighter group’s highest scoring Ace.

After their display, both aircraft (F-22 & A-10), joined formation with one P-51 for the Heritage flying formation which made several passes along the crowd line. The U.S. Air Force Heritage Flight Program began in 1997 to commemorate the Air Force's 50th anniversary when Air Combat Command (ACC) approved the flight of an F-15 and two P-51 Mustangs. This display was proved to be so popular that it became a regular air show display act. The program uses current military demonstration pilots and civilian warbird pilots to enable the displays to be undertaken.

The current displays are based around the F-22, F-35A and F-16. However other aircraft such as the F-15C Eagle, F-15E Strike Eagle or even the A-10 Thunderbolt II were regularly seen participating in formation displays with different warbirds of the past. The Air Force Heritage Flight Foundation (AFHFF) was formed in 2010 and is a non-profit organization dedicated to presenting Heritage Displays to the public and keeping the displays flying by supporting funding of them.

Another notable highlight of the show was Kyle Franklin’s Flying Circus with his Demon-1 biplane, known as “Dracula”. The Demon -1 is a custom-designed aerobatic aircraft which first appeared at AirVenture 2018. Kyle Franklin is the son of the airshow legend Jimmy Franklin. In 2002 Franklin began performing with Bobby Younkin a famous aerobatic routine known as the Masters of Disaster. In 2005, Franklin and Younkin were both killed when collided in mid-air while performing this routine.

Franklin's son Kyle married Younkin's daughter Amanda in 2005. The two continued their fathers' legacy in aerobatics with Kyle flying and Amanda wing-walking. Unfortunately they also suffered a crash during an airshow in 2011 and Amanda died of her injuries.

Other nice additions to the flying program were the Pitts Pegasus Model 12 flown by Jeremy Holt and the colourful "playful" Extra 330 flown by Adam Baker. A very enjoyable addition of the display which took place on the ground and not in the air, was the Hayden Proffitt's “Smoke-n-Thunder” jet truck. A 1957 Chevy Pickup equipped with two Westinghouse J34-48 jet engines. This engine was originally used in the North American Buckeye T-2A aircraft.

The maximum thrust of each engine is 12.500 pounds with afterburner, which is being translated into 25.000 of Horsepower! The jet truck is able to reach speeds of over 350 mph making it the world's fastest pickup. Hayden's Chevy on the day of our visit raced also with a British privately owned Vampire flown by Jerry Conley's and it won! Jerry's Vampire is a de Havilland DH115 and it's one of the three Vampires that he currently owns and displays across the US.

A very distinctive presence on the ground display was the appearance of one of the rarest surviving bombers of World War II, that is still flying, the B-29 Superfortress “Fifi”. This unique aircraft is the proof of the love and dedication of a large number of people who really appreciate the history of aviation! On the other hand a notable absence on the ground display was the long waited XP-82 Twin Mustang, one of the five Twin Mustangs left and the only airworthy in the world. The aircraft had to cancel its participation just two weeks before the show.

Thunder over South Georgia airshow was concluded by the US Navy Air Demonstration Squadron, the Blue Angels. Despite being a US Navy Demonstration Team in an airshow of the US Air Force, it was a welcoming surprise for us and much more appreciated. The oldest American Team and one of the oldest in the world, the Blue Angels prove every time their reputation and their legacy with their unique and precise display. It was a great opportunity to see and admire up close all their “theatrical display”.

Our general impression from the show was more than enthusiastic. There was a great variety of star attractions and plenty for the photographer and aviation enthusiast to be happy about. The range of aircraft from warbirds to 5th generation fighters, along with the incredible spectacle from all the squadrons of the Moody AFB, offered us a unique experience that we are going to remember for quite a long time. 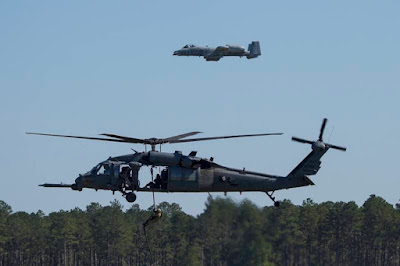 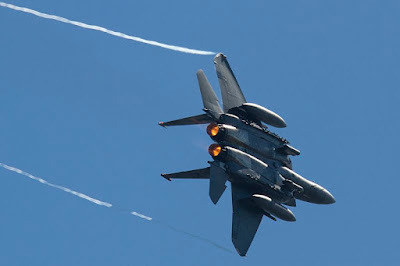 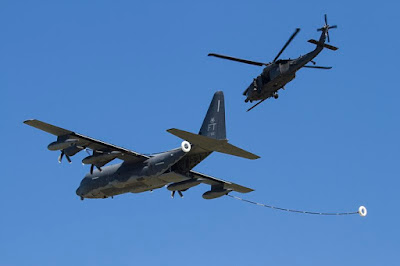 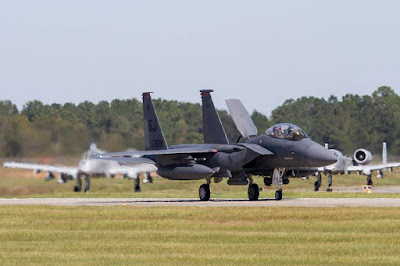 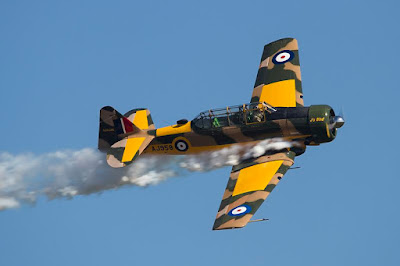 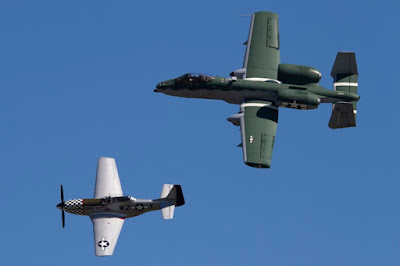 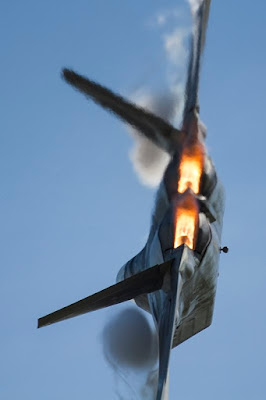 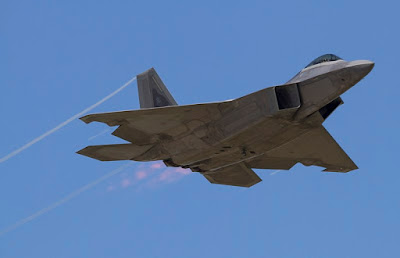 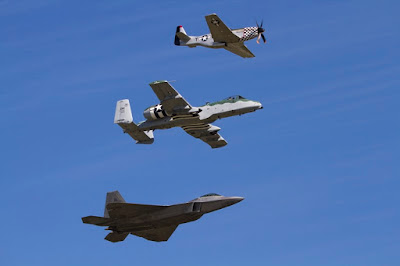 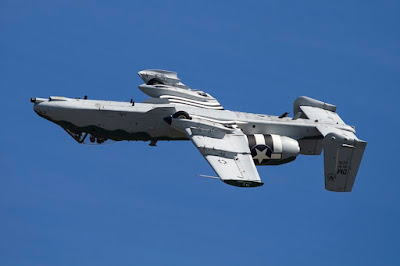 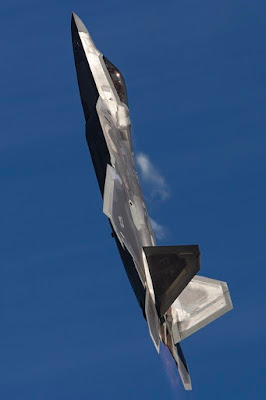 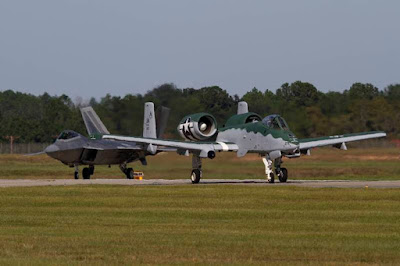 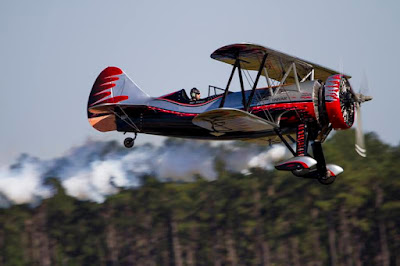 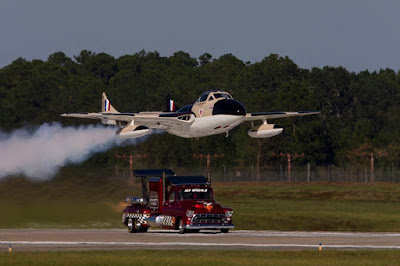 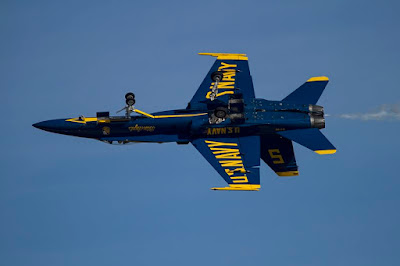 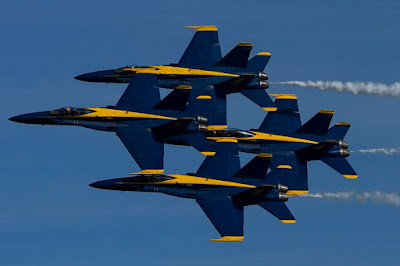 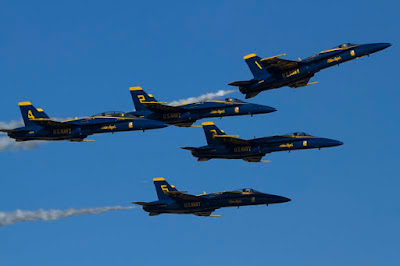 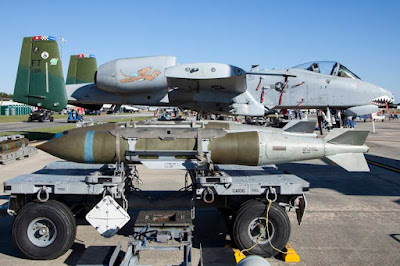 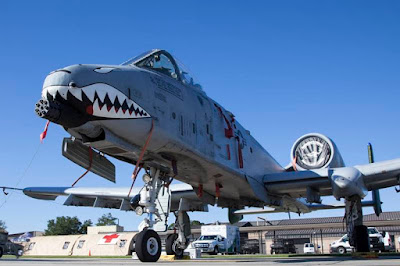 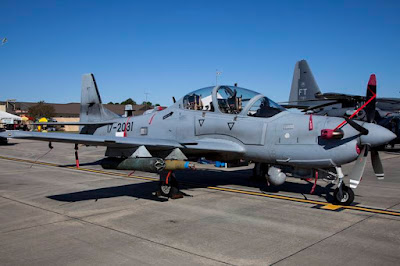 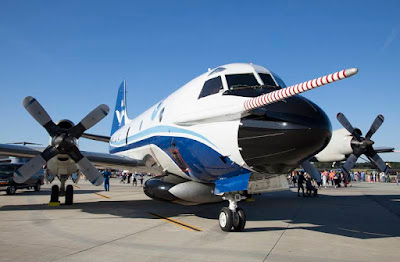