On October 2, 2019 the Reparto Sperimentale Volo (RSV) of the Italian Air Force celebrated its 70th anniversary during a ceremony held at Pratica di Mare Air Base, province of Rome. The event included a static display composed of some interesting aircraft such as the restored MB-326K from Volafenice Flying Museum and the new Leonardo M-345 trainer jet.
The Volafenice's MB-326K is brand new, it performed the first flight on September 26, 2019 at Reggio Emilia airport, Italy, after a long restoration work. The aircraft is registered as I-MBCK and is a replica of the "RS-25" used in the 70s by the RSV for tests. Its participation in the ceremony marked the first out-of-home appearance and was highly appreciated by the public.


The event also marked the first participation in a military ceremony for Leonardo's new trainer jet after some visits to the air show around Europe. The M-345 is ready to enter the fleet of the Italian Air Force to replace the legacy MB-339. It will be the backbone along with the M-346 of the International Flight Training School (IFTS) born from the collaboration between Leonardo and the Italian Air Force to train future military pilots from all over the world. The following pics have been published on the Facebook page of Amici del Reparto Sperimentale Volo and taken by Valerio D'Amadio. 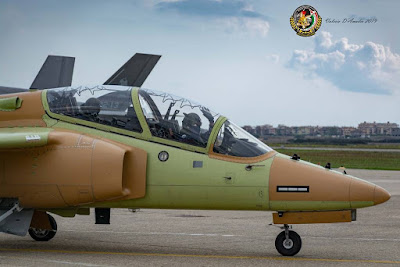 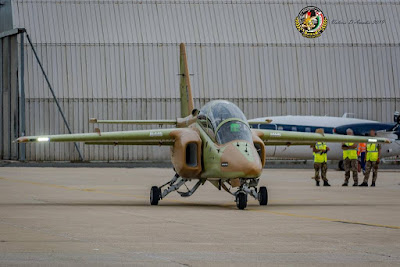 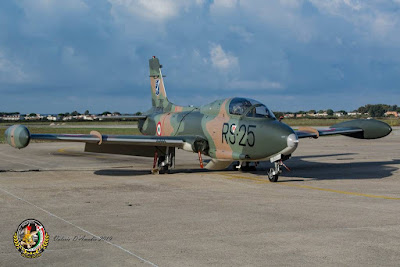 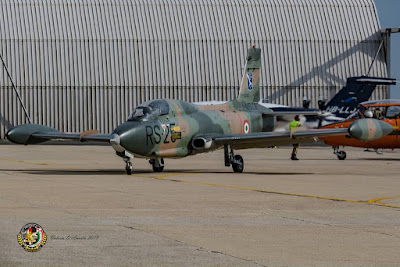