The U.S. Air Force has announced that the F-35 Demo Team will be reassigned to the 388th Fighter Wing at Hill Air Force Base, Utah, starting from the beginning of 2020 airshow season.

Next year, the single-ship aerial demonstration team will display the capabilities of the modern stealth combat aircraft in 20 events from March to November.

The new pilot and team are in the process of being selected from the 388th Fighter Wing. The team, which is sponsored by Air Combat Command, previously fell under Air Education and Training Command and operated out of Luke Air Force Base, Arizona.

The primary mission of the 388th Fighter Wing is to rapidly employ combat power with the F-35A worldwide in support of national defense. The 388th FW is currently the only combat-coded active duty F-35A wing in the Air Force.

“As the first Airmen to fly the F35A operationally every day and deploy it into combat, we know what it can do,” Col. Steven Behmer, 388th Fighter Wing commander, said. “We’re excited to be able to demonstrate that power, speed and maneuverability to audiences around the world.”

The task of the team is to show the F-35A’s capabilities and the skill of America’s Airmen to the public around the world. 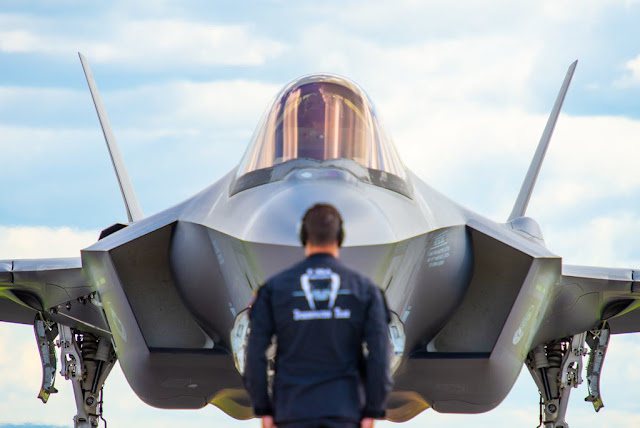