This year, Whiteman Air Force Base commemorates the 30th anniversary of the B-2 Spirit’s inaugural test flight on July 17, 1989, from Palmdale to Edwards AFB, California.

For three decades, B-2 crews have participated in five major military operations and countless training engagements. The bomber has completed missions in Kosovo, Afghanistan, Iraq and, most recently, Libya. The B-2 was also the first aircraft over Afghanistan after the 9/11 attacks, for which aircraft and crew hold the record for longest combat mission at 44.3 hours. The stealth bomber has been a vital component of America’s national defense and stands as a symbol of the Air Force’s global strike capabilities.

“The combination of range, payload and stealth is really what makes the B-2 unique in all these fights,” said Col. Jeffrey Schreiner, 509th Bomb Wing commander and a command pilot who is now responsible for the combat readiness of the Air Force’s only B-2 base. “Our adversaries don’t know when a conflict is going to heat up or when Whiteman (AFB) is going to be called into the fight.” 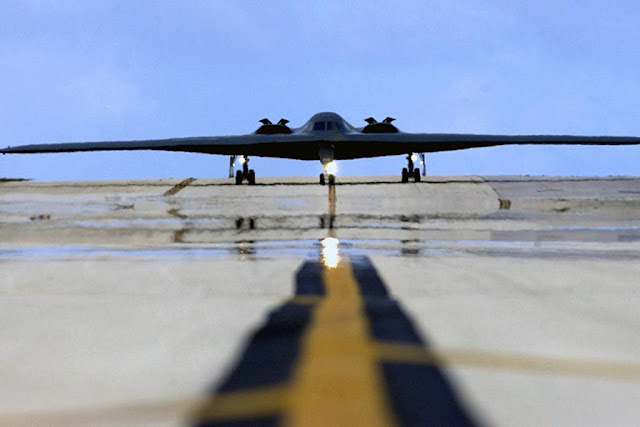 According to the 509th Bomb Wing PA, the B-2 Spirit is more lethal and innovative today than it was 30 years ago thanks to its unique flying wing design and advancing avionics systems. USAF Airmen conduct daily testing and maintenance, long-duration training missions and readiness exercises to keep the B-2 Spirit operational. The stealth bomber is a vital component of America’s national defense and stands as a symbol of the Air Force’s global strike capabilities.