On 6 July 2019, fifteen students from Italy, Kuwait and Singapore received the Military Pilot License during a ceremony held in the town square of Galatina, south of Italy. The young pilots reached the coveted milestone after attending the flying school of the Aeronautica Militare (Italian Air Force) at the 61st Wing in Galatina. The event was attended by Undersecretary of State for Defense, Honorable Angelo Tofalo, the Chief of Staff of the Italian Air Force,  Lt. Gen. Alberto Rosso, the Mayor of Galatina, Mr Marcello Amante, and civil and military authorities.

The ceremony was opened by a speech by Colonel Alberto Surace, Commander of the 61st Wing, which introduced the flight school in Galatina. It has been training pilots since 1946 and today can boast the presence of students and instructors from nine foreign countries. Over the past few years, the school has received more and more attention from the air forces around the world thanks to its unique abilities in the training sector and an innovative and advanced integrated system for flight training. The system is based on the combination of the T339 - which will soon be replaced by the modern T345 - and T346 trainer jets. "Dear neo-patented pilots, based on my experience, I can tell you that during your career you will be asked for more and more effort so that each mission can be well organized and every flight carried out with maximum concentration. Despite the current hyper-technological era, the human being will always remain at the center of everything. Therefore, first of all, be men," Surface said.

Lt. Gen. Rosso emphasized to the cadets the importance of the goal achieved and the responsibilities that derive from the military pilot's patent. "You will be called upon to face unique and complex, but also exciting, human and professional challenges. They can only be overcome with the passion and dedication you have already shown during your training." In addition, Rosso emphasized the important and fundamental role of the 61st Wing instructors. "Thanks to their great dedication, the Air Force's training center is evolving towards the International Flight Training School which represents an authoritative and respected reference point for the air forces of other nations. It offers one of the most technological and modern flight training systems in the world, which thanks to the entry into the fleet of the T345 will continue to grow towards even higher quality standards."

"You guys are the present and the future Italian ruling class - said Tofalo addressing young pilots - the country is proud of you! You have the responsibility to trace the future of the Italian Air Force and the good fortune of being able to convert your passion for the sky into your work, at the service of Italy." 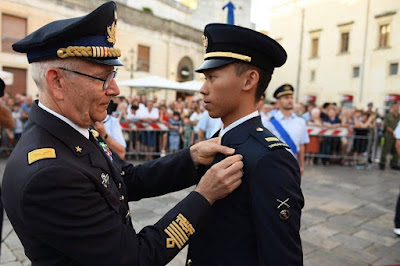 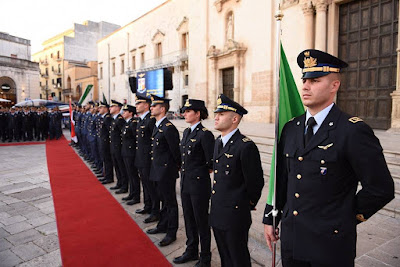 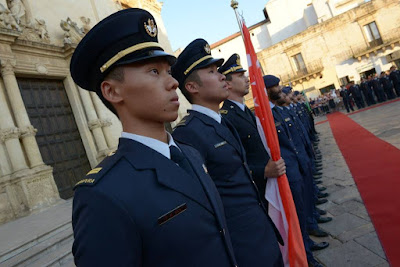 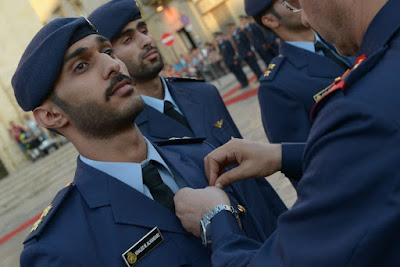 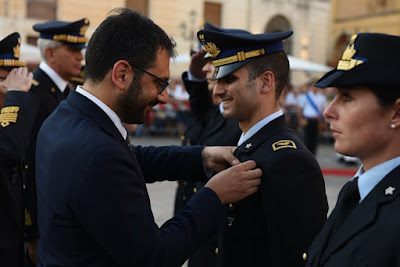 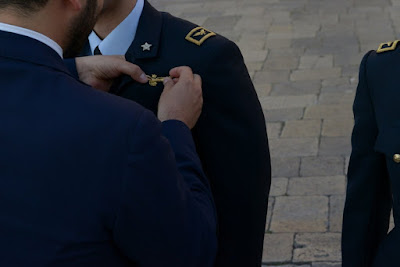 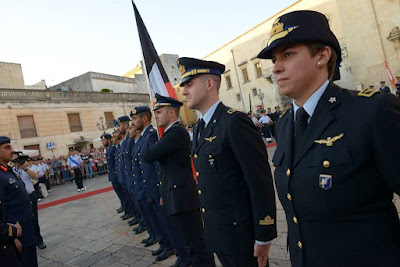 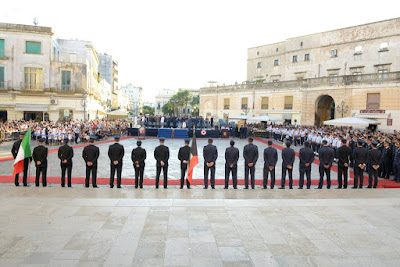 The task of the 61st Wing is to provide flight training with jets through the following three phases:

- Phase II - Primary Pilot Training, it is common to all military pilot students and is aimed at identifying the lines on which they will fly (fighters, UAVs, helicopters, airlifters). It involves the T339A aircraft;

- Phase III - Specialized Pilot Training, it is aimed exclusively at student pilots selected for the Fighter and UAV lines, it ends with the achievement of the Military Pilot License. It involves the FT-339C aircraft;

- Phase IV - Lead In to Fighter Training - LIFT, it is preparatory for use on Fighters aircraft. It involves the T-346A aircraft.