During the exercise "Joint Stars 2019", held in Trapani AFB over the past few days, two Italian F-35 pilots belonging to the 13° Gruppo Volo at the 32° Stormo have reached the milestone of 500 flight hours.

The two instructor pilots were assigned to the 32° Stormo at Amendola AFB, Italy, in 2016. Both attended the transition course in Luke, Arizona, where they acquired the skills to fly the aircraft in all weather conditions and trained for different types of missions such as air-to-air and air-to-ground combat and Suppression/Destruction of Enemy Air Defense (SEAD/DEAD).


After obtaining the eligibility for the F35, they contributed to the transformation processes of the 13° Gruppo by participating in several national and international exercises and training new pilots assigned to the fifth-gen aircraft. 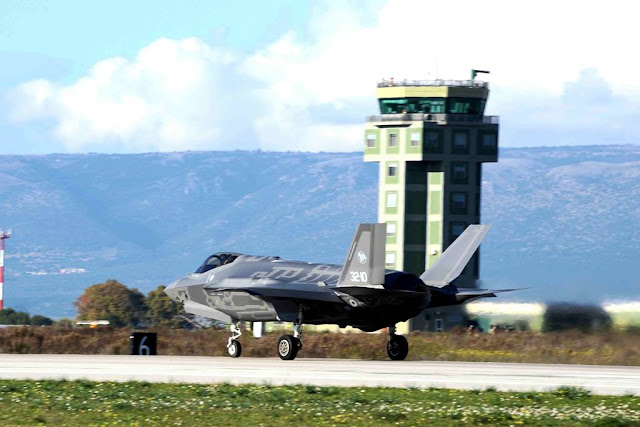 The 32° Gruppo was the first department in Europe to acquire the F-35. It also carries out operational, training and technical activities with Predator UAV aircraft to acquire and maintain the ability to perform ISTAR operations for the nation and the coalition. Furthermore, it provides and completes the training of drone pilots with MB-339 to provide them with an adequate level of training even for traditionally piloted aircraft. Since March 2018, the F-35 fighters assigned to the 32° Gruppo have been integrated into the national air defense system (More details here).