For the last two weeks, F-16 basic course students and instructor pilots from the 311th Fighter Squadron at Holloman Air Force Base, New Mexico, have been flying with and against the Air Force’s first operational F-35A units.

“The fact that we can show up and get the airspace and red air support from a fifth generation asset, flying against an F-35, that is an ‘all-timer’ for these young pilots,” said Maj. Benjamin Walters, an instructor pilot with the 311th FS. “Today I flew with a kid who has maybe 16 rides in the jet and now three of those are against an F-35. He had the best day of his life. There are guy with thousands of hours in the seat that haven’t had that experience yet.”

For the first week, the pilots flew basic fighter maneuvers – one versus one engagements commonly called “dogfighting.” They also flew advanced combat maneuvers, two aircraft versus four or more enemy aircraft. The students fly in a two-seat F-16, with an instructor in the back.

The dogfighting training missions start out scripted, with set passes and distances, and then the students are challenged to improvise against more experienced pilots in a very capable jet.

“These guys are getting really good at flying the F-35 and they can present some aggressive situations that force young pilots into errors,” Walters said. “It’s not always the guy who should win that does win. At some point its pilots in cockpits that win fights.”


The F-35A is a platform built on stealth, with advanced sensors and the ability to target and eliminate threats long before they are within visual range.

“That’s the assumption, and we are very good at that. But in the fog and friction of war and chaos, fighting within visual range will probably always happen,” said Maj. Jondavid Hertzel, weapons officer in the 421st FS. “And that’s why we train to it. Prepare for the unexpected in wartime.”

Every aircraft has a different set of strengths and weaknesses, which combined with a pilot’s skill and experience level can dictate the outcome of a fight. As the first combat-capable F-35A units in the Air Force, pilots in the 388th and 419th have been developing tactics that can give them an edge in any fight.

“There’s been a lot said about the F-35s dogfighting capability,” said Maj. Thomas Meyer, weapons officer of the 34th Fighter Squadron. “We’ve had a lot of time to develop our tactics, which take advantage of our strengths and exploit the weaknesses of other platforms. The F-35 has become very capable in that arena.” 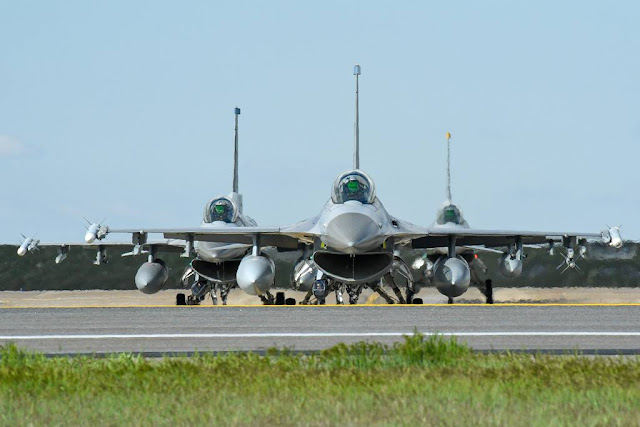 During the second week the pilots also integrated on missions in a large force exercise with friendly and enemy air made up of both F-16s and F-35s. Much of the learning takes place in the briefing room after the mission. Pilots can review their actions and also see what the enemy was seeing.

“You don’t get the distance between fourth generation and fifth generation fighters until we get back to tape review. It’s overwhelming to look at those screens and see all the data that is provided to these guys,” Walters said. “That’s a lifetime experience these young pilots will take forward when they integrate with the F-35A in the future.”

The 388th and 419th FWs are the Air Force’s first operational combat-capable F-35 units, having received the first jets in October 2015. The active duty 388th FW and Air Force Reserve 419th FW fly and maintain the jet in a Total Force partnership, which capitalizes on the strength of both components. By the end of this year, Hill AFB will be home to 78 F-35s.