On March 5, 2019, the Aeronautica Militare (Italian Air Force) and Esercito (Italian Army) conducted a joint exercise to train their crews on the personnel recovery in hostile environment. The activity took place under the "Air to Surface Integration" program (A.to.SI) and provided for the collaboration between the pilots of AMX combat aircraft of the 51° Stormo (51st Wing), based in Istrana, and those of the Mangusta and UH-90 helicopters of the 5° Rgt AVES "Rigel" (Army 5th Regiment " Rigel ") based in Casarsa della Delizia. 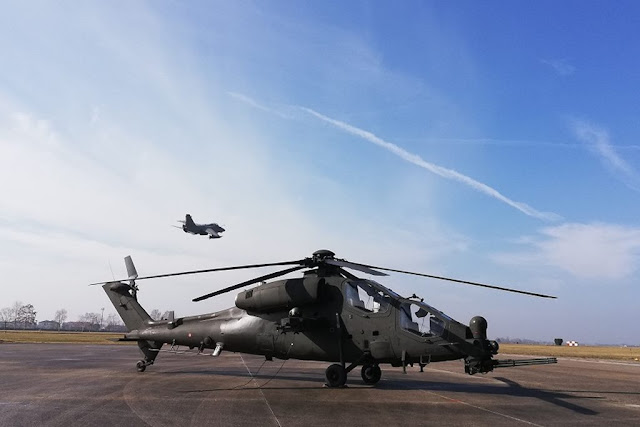 The aim of the exercise was to share mutual knowledge and to test joint use procedures in Personnel Recovery (PR) and Close Air Support (CAS). The activity was held at Istrana AFB and included four AMXs, three AH-129s and two UH-90s, qualified personnel Joint Terminal Attack Controller (JTAC) of the 5th Alpine Regiment of Vipiteno and a team of infantrymen of the 66th "Trieste" Regiment of Forlì, specialized in the recovery of isolated personnel. 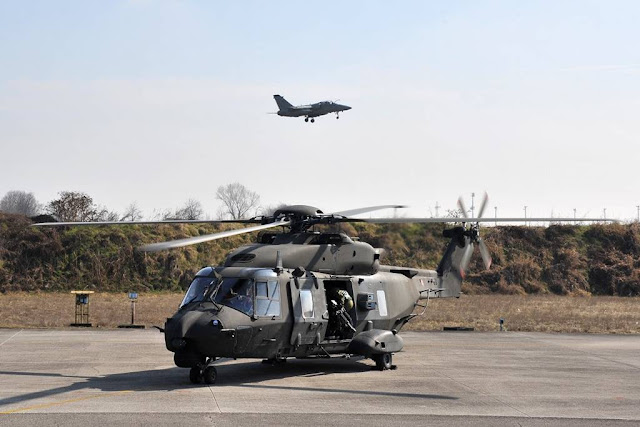 The exercise was focused on the recovery of soldiers in a crisis area, with a hostile and non-permissive environment. The training activity took place in a scenario that reproduced the real conditions in which the assets could operate. The helicopters landed in the designated areas, called Pick-up zones, to carry out the personnel rescue operations and allow the crews on board and the infantry to train themselves in recovery activities.


The AMXs have played the role of Rescue Mission Commander (RMC) with the task of protecting both the military personnel to be recovered and the units responsible for the recovery from the threats present in the area of operation. Thanks to the POD Reccelite, the aircraft monitored and sent real-time information on the various changes and potential threats in the field. 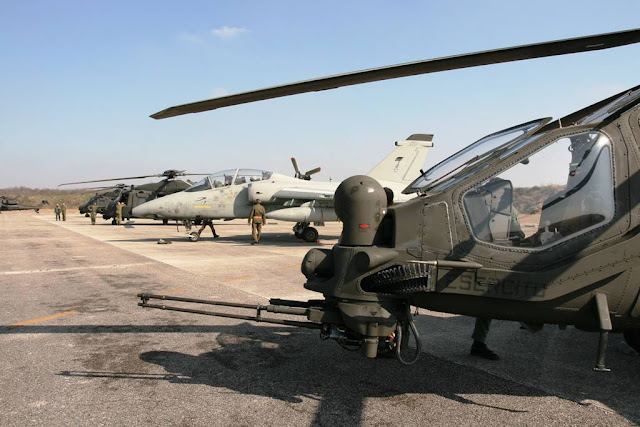 The 51st Wing includes the 132th Flight Group equipped with AMX and AMX-T aircraft. The main tasks of the unit are the combined operations to support ground forces and attack and reconnaissance activities. It also trains AMX pilots and, from 18 January 2017, provides logistical and technical support to the Typhoons deployed in Istrana with Air Defense duties.

👉 You may also like: ITALIAN MANGUSTA ATTACK HELICOPTERS TO TRAIN ABOARD CAVOUR AIRCRAFT CARRIER