Hungarian Gripen jets move to a new air base

The Gripen fighter jets of the Hungarian Air Force will soon be transferred from Kecskemet AB to Papa AB. The 14 aircraft will remain in the new base for at least 6 months due to upgrading work at the Kecskemet AB. According to the Hungarian MoD, Kecskement AB will become a mixed airport for military and civil use following the development of the city.

The personnel and aircraft will begin to relocate after completing the NATO Air Policing mission in Lithuania scheduled for next spring. The Hungarian Gripen will be deployed for 4 months at Siauliai Air Base to contribute to the defense of the Baltic.


ABOUT PAPA AIR BASE

Pápa Air Base was selected in 2007 as the Main Operating Base (MOB) to host the SAC C-17 aircraft. This fighter base, which hosted the Hungarian Defence Forces 47th Tactical Fighter Wing until August 2000, had been chosen as a NATO contingency air base. The base is situated in the heart of Central Europe; 163 km from Budapest, 161 km from Vienna, and 118 km from Bratislava.

From 1 July 2001, as part of national commitments in the NATO Security Investment Program, it serves as a backup airfield for both Hungarian and NATO aircraft and hosts Hungarian Air Force Search and Rescue helicopters. Subsequent infrastructure development, funded by the Hungarian government and the NATO Security Investment Program, contributed to the decision to select Pápa Air Base as the Main Operating Base of the SAC program. 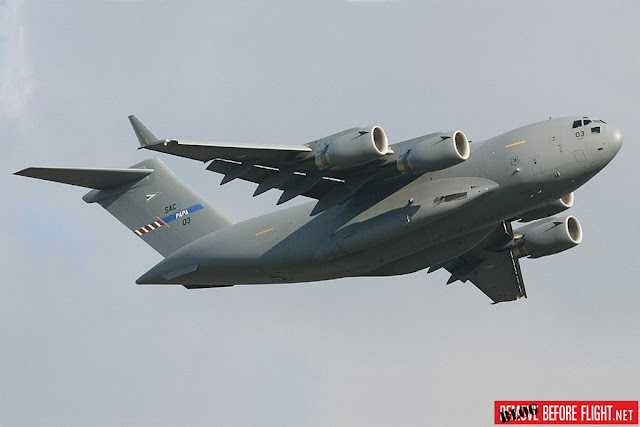 On 23 February 2010, a new parking ramp complex for the three- aircraft SAC C-17 fleet was established, complete with a de-icing fluid collection and treatment facility. The completion of this project provided more space and better ramp lighting for aircraft taxiing, loading, servicing and maintenance activities. Other finalized infrastructure projects include the renovation of Hardened Aircraft Shelters (HAS), the Security Force Duty Station, the Fire Brigade HQ, the Medical Centre and the Parachute Section. A new Air Traffic Control Tower was inaugurated in December 2015 and the construction of a personnel terminal is foreseen in the next year. Other infrastructure development projects are under approval, the planned runway extension would remove operational restrictions and the new hydrant refueling system would result in faster services.

Together with the other SAC nations, the host nation Hungary has made significant investments to develop Pápa Air Base. It is Hungary’s intention to continue the development of the base into a significant, joint-use, multi-modal hub and spoke airport, that would satisfy national, SAC, NATO and EU demands.

👉 You may also like: CLOSE ENCOUNTER WITH HUNGARIAN GRIPENS AT 15,000 FEET