As reported in our earlier posts, on 28 April 2018, the Greek government approved the plan to upgrade some of its F-16C/Ds to F-16V standards under a USD 1,45 billion contract. This contract was finally secured on the 20 December 2018 when the manufacturer Lockheed Martin Corp. was awarded with a USD 996,8 million firm-fixed-price contract for the Greek Vipers’ upgrade.

This Foreign Military Sales contract involves the upgrade of 84 Hellenic F-16 aircraft to the V version. The main work of this program will be performed mainly in Greece and is expected to be completed by June 2027. Only one aircraft will travel to Fort Worth, Texas and will be used as a testbed for the new systems.

As you have probably read in the previous posts of BBF, during the past 30 years, HAF received a total of 170 F-16s of 4 different versions. The need of the HAF to proceed with the modernization of its F-16 fleet appeared about a decade ago. This necessary step was postponed for many years in the past and because of its recent economical crisis the matter was frozen indefinitely.

At the same time, HAF was forced to withdraw older types of fighters which, due to age and technological obsolescence were offering little to its operational capacity while absorbing significant resources. This process was started in October 2014 with the withdrawal of the A-7E and TA-7C Corsair II and continued with the withdrawal of the RF-4E Phantom II in May of 2017. These types of fighters, although covering a significant numerical magnitude in the inventory of the HAF, were never replaced by a new type of fighter. 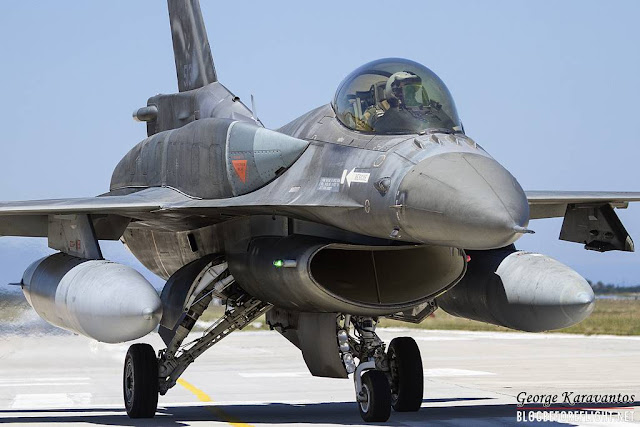 The officials of the HAF had come up with the optimal solution according to its needs and the remaining number of its 3rd generation flighter aircraft. The scenarios which were examined had also taken into account the economic situation of the country.

Despite the economical difficulties, the green light was recently given by the Hellenic government offering the HAF this necessary economical boost to materialize this project which although was frozen, it was so important for the national security. 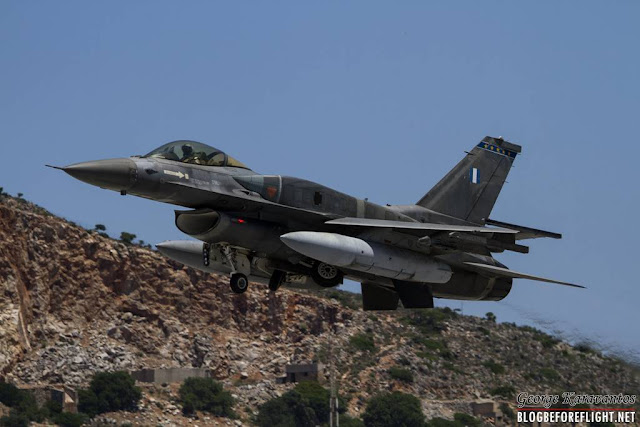 The main components of this F-16V Block 72 upgrade are the new AESA radar AN/APG-83 SABR, the new Multi Mission Computer MMC 7000AH along with the Link 16 MIDS-JTRS datalink.

This modernization program will not be the only one. HAF has plans to upgrade the remaining 38 Block 50s to Block 50+ Adv standards. These aircraft were delivered during the period of 1997-1998 under the Peace Xenia II program. The way of doing that will be by utilizing all the spare parts from the aircraft that are going to be upgraded. This plan is not part of the main upgrade programme, but it's something that HAF will perform afterwards by itself.

The only Hellenic F-16 version that is not going to be upgraded is the Block 30 which was delivered almost 30 years ago. Despite the fact that the remaining F-16s Block 30, are the older and more "tired" F-16s of the HAF, there is also a plan for them!

These aircraft arrived during the period of 1989-1990, and of course have logged many flight hours, but they have not exhausted their limit. These aircraft have a total of 8000 instead of 4000 flight hours after a mid-life upgrade program called "Falcon Up" which took place in 1996.

Of course, they remain capable aircraft but they require extensive modernisation, both structurally and in their electronic and offensive systems. HAF came up with different scenarios about the future of these aircraft. The main attempt of the HAF will be try to sell 12 aircraft to a third country, while the remaining 20 will continue to serve as transition aircraft in a future Operational Conversion Unit for the new Hellenic fighter pilots. A future squadron of 20 Aggressor aircraft could also be an option. 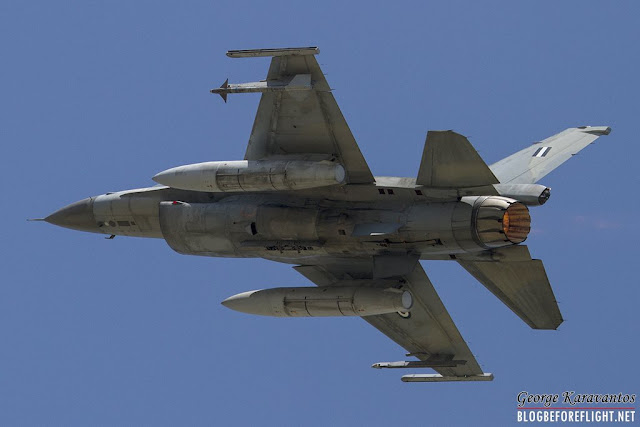 What is already clear for the HAF's future is that its inventory will be more shrinking after 2022-2023 since the remaining upgraded F-4E AUP Phantom II are going to end their career as well. Apart from them, the spectrum of technological obsolescence has already been spread menacingly over the older F-16C/D Block 30 and Mirage 2000 EGM/BGM, which are going to follow within the next decade.

Apparently the main thrust in this direction is the protection and maximum utilization of the investment that the country was making for 30 consecutive years in order to create a capable deterrent effect.

So it is now more than obvious that the main inventory of the HAF in the near foreseeable future will be the two upgraded versions of these Hellenic Vipers along with a small number of already upgraded Mirage 2000s. 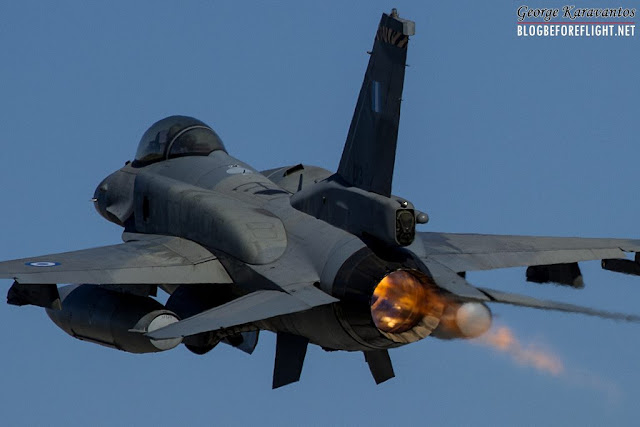