The special liveries celebrate 20 years since the deployment of the Regiment at Rimini AB and the 100th anniversary of the death of World War I flying ace Giannetto Vessura.


On November 8, 2018 the 7th Regiment "Vega" of the Italian Army Aviation celebrated 20 years since its deployment at Rimini Air Base, Italy, and the centenary of the death of Sergeant Giannetto Vassura. Vassura is a hero of the Great War, who died during a bombardment action as his plane Caproni was shot down by the enemy. The base of Rimini is dedicated to him.

During the ceremony the Regiment unveiled a monument dedicated to Vassura, followed by the deposition of the laurel wreath in front of it and flag-raising. Col. Poddi and Gen. Lamanna both recalled the hero of the First World War, but also the great achievements obtained by the Vega in just 20 years of history.

The Vega took part in several operations abroad (Bosnia, Albania, Kosovo, Lebanon, Afghanistan and Iraq), carrying out various types of missions: air escort, personnel and material transport, personnel recovery and medical evacuation. In addition, it has also operated in the national territory, providing surveillance to Italian cities and emergency response agreements in case of health emergencies or natural disasters.
The personnel of the Regiment has often operated in difficult and hostile contexts and in extreme weather conditions showing a high level of preparation and professionalism. This is the reason why the Vega received the highest military recognition from the Head of State: the Knight Grand Cross of the Military Order of Italy, November 4, 2017. 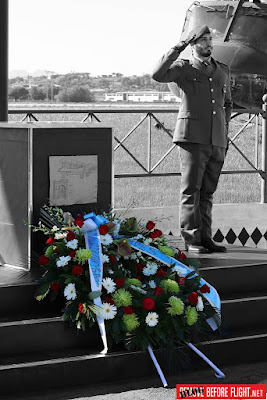 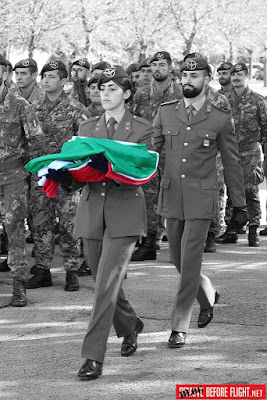 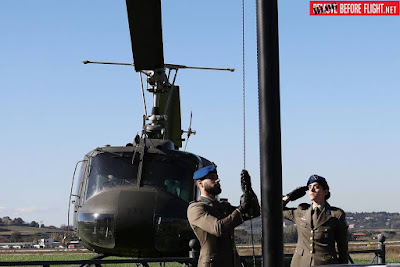 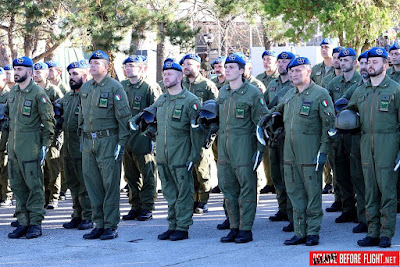 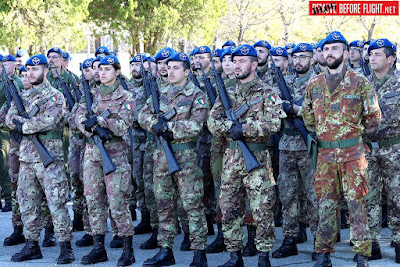 At the end of the ceremony the Vega demonstrated to the guests their skills through the simulation of a tactical demo carried out by the Regiment's men and helicopters. They have freed a hostage in a hostile environment using two AH129 "Mangusta" attack and escort helicopters, two UH90 tactical transport helicopters and two assault teams from the 66th Regiment "Trieste".

The AH129 were the first to reach the area to monitor and secure the batterfield and allow the landing of the teams responsible for the recovery of the hostage from UH90 by fast rope. During the action the Units showed great precision, speed and coordination. The Fast Rope requires a high technical capacity in the helicopter's conduct and an excellent coordination between the aircrew and the assault team. 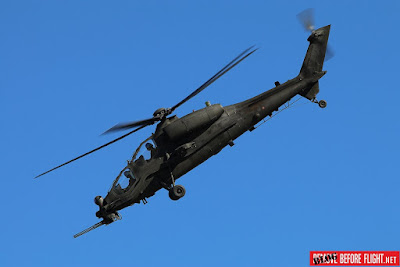 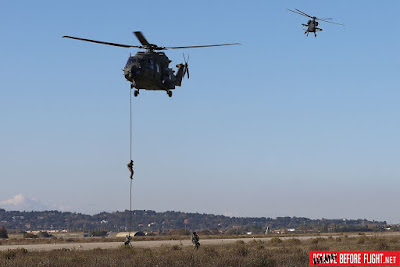 The action continued rapidly in the search and recovery of the hostage that was quickly identified and embarked in the UH90 through the use of the winch. This operational readiness is reached by the men of the department thanks to frequent exercises: recently the 7th Vega took part in the second session of CAEX (Complex Aviation Exercise). The CAEX is one of the most advanced exercises in Europe thanks to the high degree of realism of the missions, similar to those of a real war scenario. 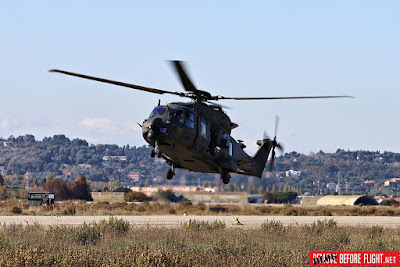 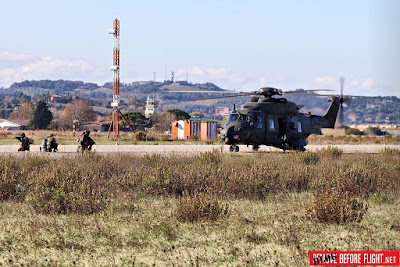 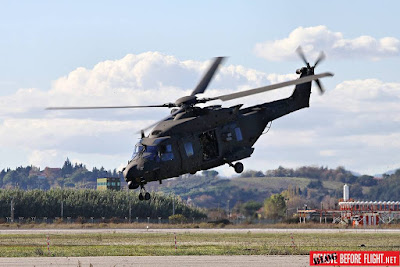 The 7th Vega has unveiled for the occasion two helicopters with special markings that immediately attracted the attention of all the participants: the first, a UH-90, showed on the fuselage the Arch of Augustus (symbol of the city of Rimini) and a photo of Giannetto Vessura, while the second, an AH129, gave greater prominence to the twentieth years "1998-2018". Both had impressed along the fuselage a band with the colors of the Italian flag and the writing "Aviazione Esercito". 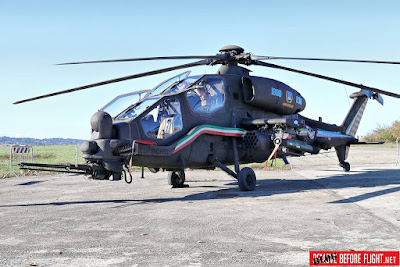 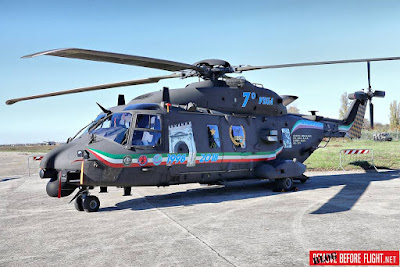 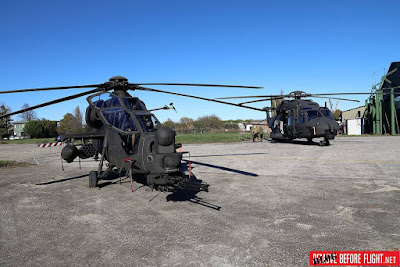