The dream of the former Lt. Melino Barbagallo has become a reality thanks to the Italian Air Force.


"In 1942 I covered the role of telegraphist on board the CANT Z 1007 aircraft during the bombing missions in Sicily. In 1953 I was transferred to the 87th Flight Group of the Italian Air Force that operated from Catania Airport and there I flew aboard the Helldiver S2C-5, the Harpoon PV-2, the Grumann S2F and finally, before my leave in 1979, also on the BR-1150 Atlantic. The only maritime patrol aircraft I have never flown on is the P-72A, currently assigned to the 41st Wing. Almost at the age of 97, I finally realized my dream, I'm very happy, it was a wonderful experience as well as my career in the Italian Air Force".

This is the speech that former Lieutenant Melino Barbagallo, who joined the Air Force in 1940, addressed the crew of the P-72A aircraft of the 41st Wing of Sigonella, Sicily, which took him on a flight during a scheduled training mission on August 29, 2018.

The Air Force has welcomed the wish that Melino had expressed during a meeting of the Associazione Arma Aeronautica of Catania, allowing him to visit the 41st Wing and the Sigonella Airport and then fly together the Base Commander, Colonel Pilot Francesco Frare, aboard the new Maritime Patrol Aircraft. 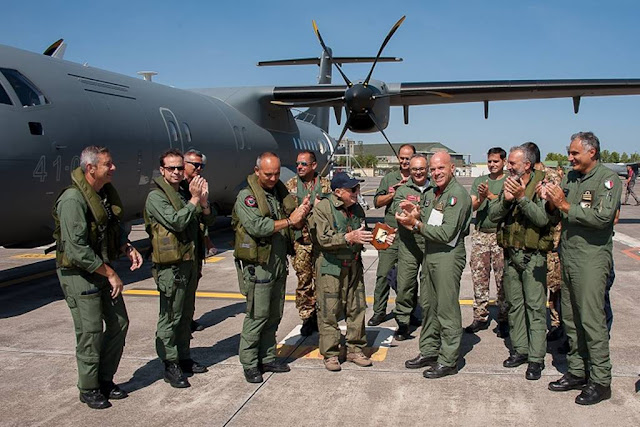 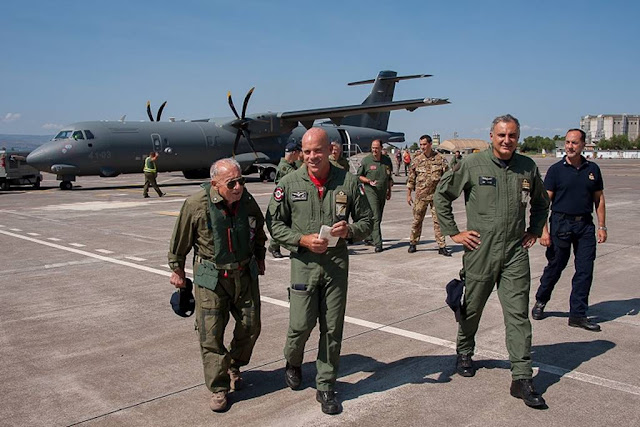 The base visit ended with a recollection at the foot of the Monument dedicated to the fallen of the 87th Flight Group and the delivery to the “Special Guest” of the crest of the 41st Wing together with a lithograph of the P-72A aircraft. 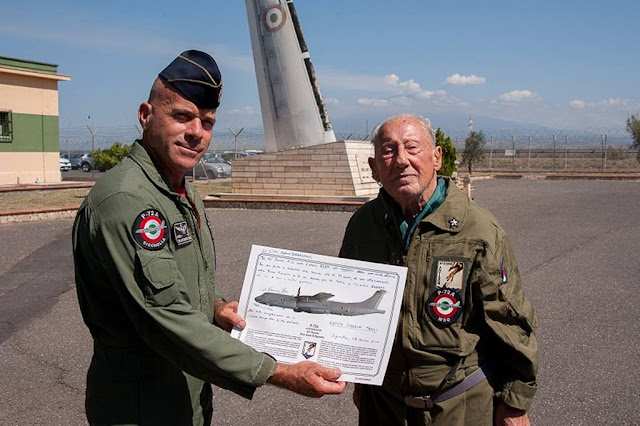 The main mission of the 41st Wing Antisom is to counter the naval threat and provide long-range search and rescue services at sea. In addition, it ensures the control of mercantile traffic, under operations against international terrorism and control of illegal immigration from the southern areas of the Mediterranean.