The type will be known as Phénix (Phoenix) in French service. France’s procurement agency, the Direction Générale de l’Armement (DGA – General Directorate of Armament) has ordered nine A330MRTTs to date for the French Air Force with an option for further three planes, which are expected to be confirmed this year. According to unofficial rumors, the final target of France is to buy 15 planes. The MRTT will replace the current C-135FR/KC-135RG fleets, but also the two A340s and three A310s of the FAF transport squadron. 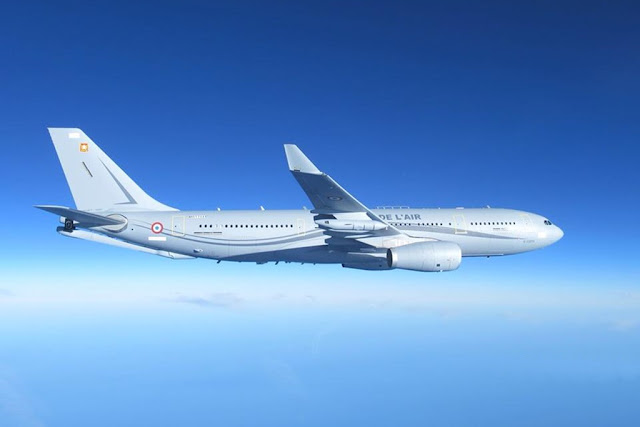 The first French aircraft is the second new standard A330 MRTT to fly, featuring structural modifications, aerondynamic improvements giving a fuel burn reduction of up to 1%, upgraded avionics computers and enhanced military systems. The first of these enhanced variants, destined for the Republic of Singapore Air Force, had flown from Getafe on September 30, 2016.

The French Phénix fleet will be in a three-point tanker configuration with the Airbus Aerial Refuelling Boom System under the rear fuselage and hose-and-drogue refuelling pods under each wing. It will be able to carry 272 passengers or be configured for medical evacuation missions. Eight countries have ordered a total of 51 A330 MRTTs to date, of which 29 have been delivered.