DOZENS OF US HELICPTERS ARRIVED IN THE NETHERLANDS.

They will operate from three different nations in support of Atlantic Resolve Operation.

Sixty one US Army helicopters are already arrived at the Port of Rotterdam, Netherlands, on June 20-21. Others will arrive during next days.

For the next nine months 4 CAB will participate in missions and exercises across Europe, including medical transport and multinational exercise support, improving interoperability and strengthening relationships with NATO Allies and partner nations.

The 4th CAB out of Fort Carson, Colorado, will replace 1st Air Cavalry Brigade, 1st Cavalry Division, out of Fort Hood, Texas, which has been in Europe for the previous nine months in support of Atlantic Resolve. The 4th cAB will operate from Illesheim and Ansbach in Germany, Lielvarde in Latvia, Powidz in Poland and Mihail Kogainiceanu in Romania. 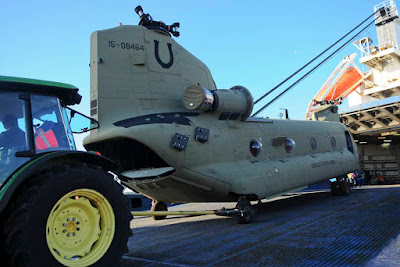 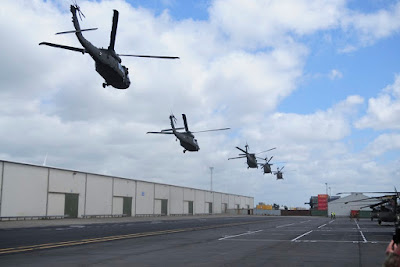 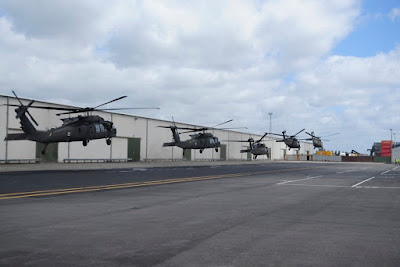 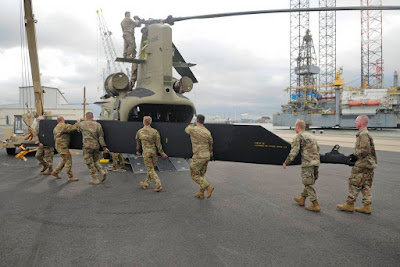 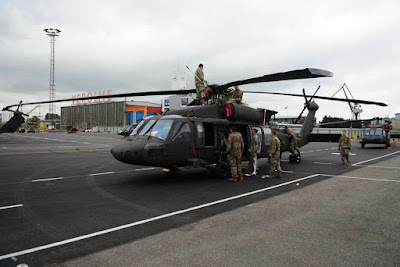 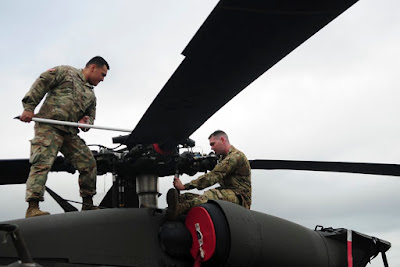 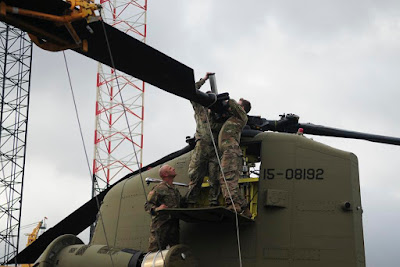