Two RAF Typhoons along with two RoAF MiG-21 LanceRs intercepted a Romanian C-27J aircraft. The cargo plane was not a threat:  it was carring the media to the NATO certification ceremony for the RAF detatchment in Romania.


On April 27, 2018, a Romanian C-27J took off from the 90th Otopeni airlift base to carry media rapresentatives to the NATO certification ceremony in Mihail Kogalniceanu air base. During its route the cargo plane was intercepted by two RAF Typhoons along with two Romanian MiG-21 LanceRs to showcase to the journalists the maneuvers usually performed to intercept a threat (See the videos at the bottom). The fighters flanked and forced the C-27 to land at Mihail Air Base. This drill is a standard procedure for Allied air forces and may typically occur during NATO Air Policing, a 24/7 peacetime mission executed to safeguard the airspace of all Allies. 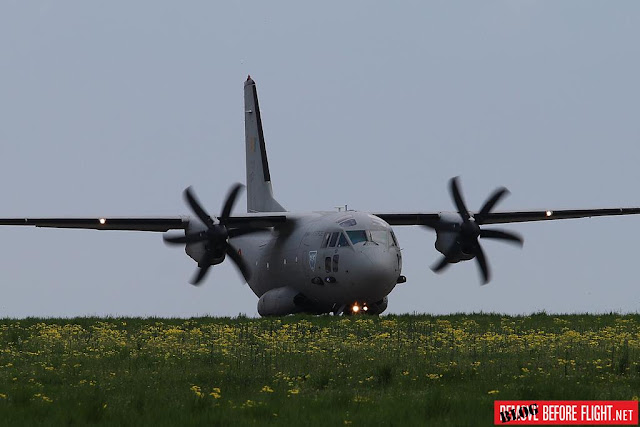 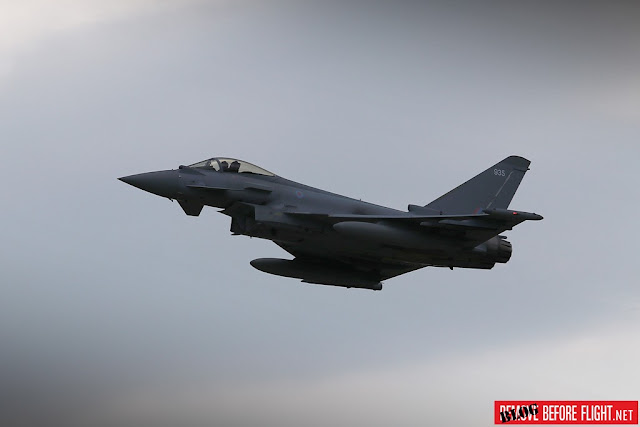 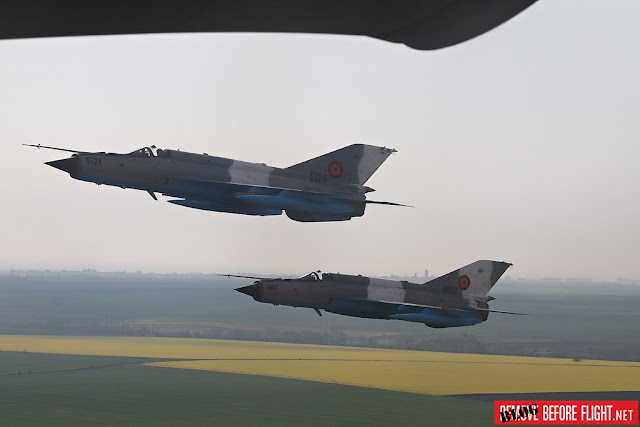 After the demonstration flight the media attended the certification ceremony for the RAF detachment. The certificate of mission readiness was presented to the RAF detachment commander by Lieutenant General Ruben Servert, Commander of NATO’s southern Combined Air Operations Centre, located in Torrejon, Spain. The ceremony was attended by high ranking civilian and military guests from NATO, the United Kingdom and Romania, amongst them the State Secretary of Romania’s Ministry of Defence, Mircea Dusa. 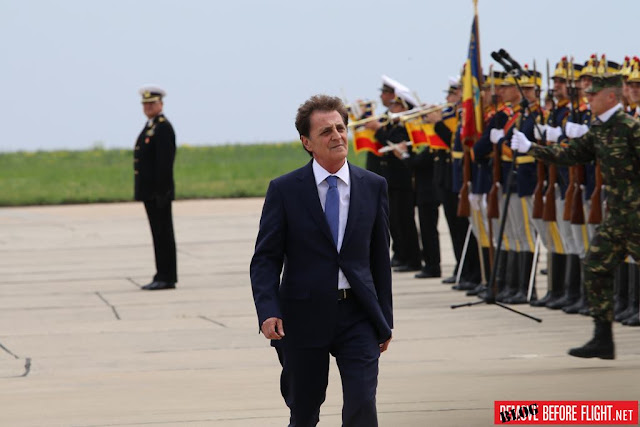 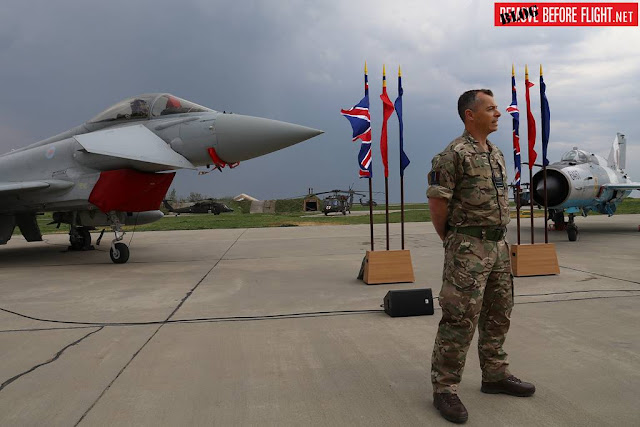 "Such deployments showcase the ability of the Alliance to interoperate, share and pool capabilities, and to adapt and scale our defensive deterrence posture” said Lieutenant General Servert. "The opportunity for the Romanian Air Force, Royal Air Force and NATO Command and Control structures to test and validate procedures, systems and tactics means that NATO can continue to draw on well-coordinated and integrated Allied Air Forces to provide a single airspace security standard across NATO’s area of responsibility” he stated in a speech to the detachment, guests and invited media. 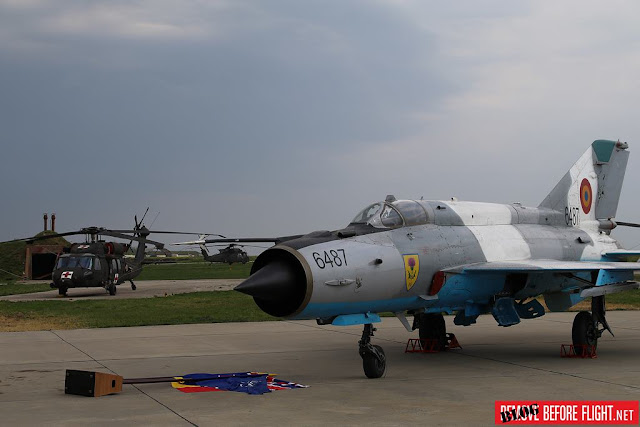 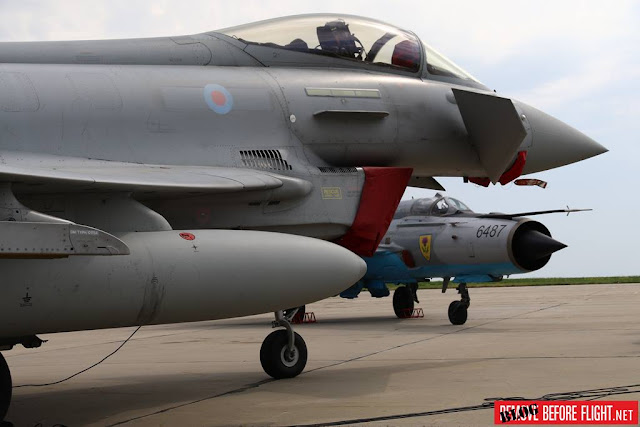 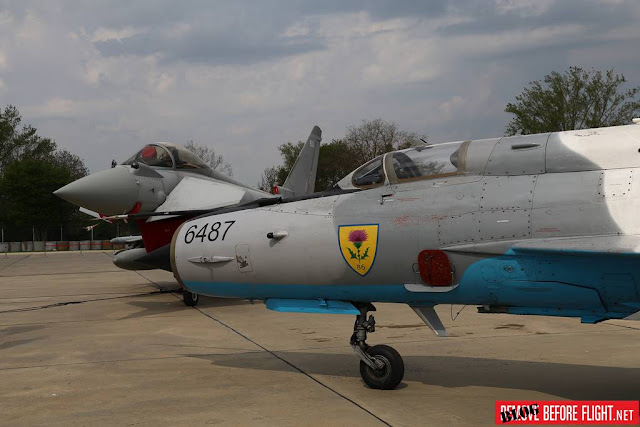 The ceremony completes a three day process in which the detachment’s pilots and personnel had to undergo safety briefings, conduct familiarization flights and ensure interoperability with their Romanian hosts and colleagues. The four RAF Typhoon combat aircraft arrived at Mihail Kogalniceanu Air Base on April 23. Allied Air Command, NATO’s authority for all Integrated Air and Missile Defence matters, delegates the responsibility for the certification process to Combined Air Operations Centre Torrejon. As southern command and control unit for Air Policing, it is responsible for all NATO airspace south of the Alps, including Romania. 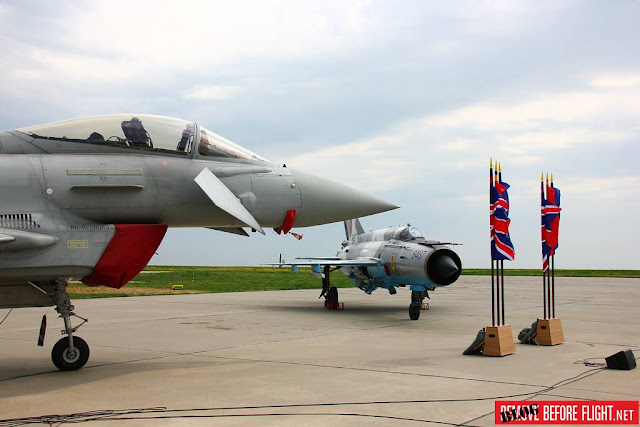 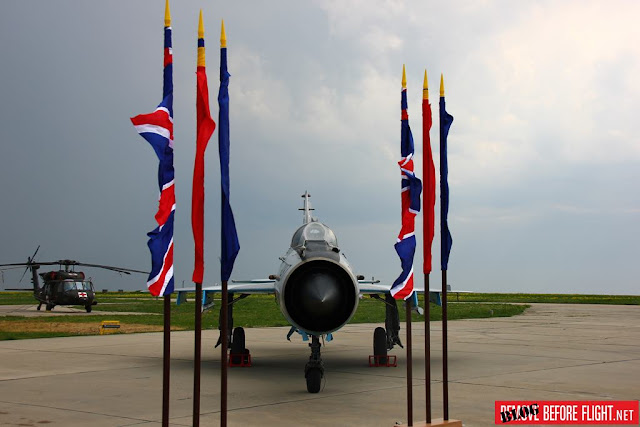 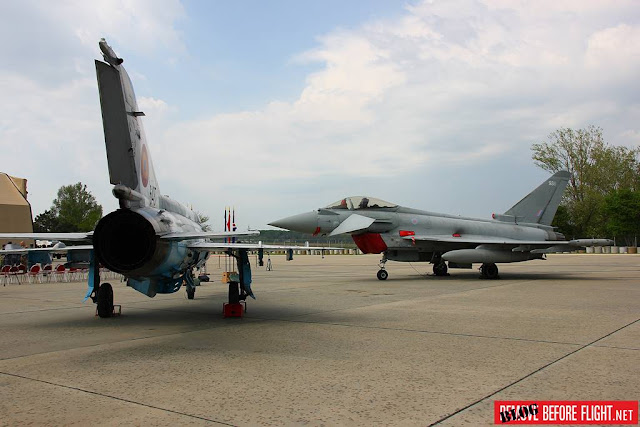 While the Romanian Air Force is fully capable of protecting its airspace, enhanced Air Policing (eAP) is part of NATO’s Assurance Measures, implemented after Russia’s illegal and illegitimate annexation of the Crimean peninsula in 2014. Allies’ augmentation of Romania’s own Air Policing capabilities sends a clear message of NATO’s resolve, commitment and solidarity to its Eastern Allies. Romania has successfully and professionally conducted its own Air Policing under NATO control and standards since its accession in 2004.

Besides conducting NATO’s Air Policing mission at home, the RAF has also previously deployed Typhoons to the Baltic States in recent years to protect NATO airspace in the region. This is the second time RAF Typhoon aircraft fly sorties and training missions alongside the Romanian MiG-21 fighters showcasing Allied solidarity, commitment and capability.