The USAF 56th and 57th Rescue Squadrons depart from RAF Lakenheath, UK, to their new home at Aviano Air Base, Italy.


The 48th Fighter Wing bid farewell to the 56th Rescue Squadron during a ceremony at Royal Air Force Lakenheath, England, May 15, 2018. The event signals the near-completion of the 56th and 57th RQS relocation to Aviano Air Base, Italy, which was announced in November 2015.

The relocation to Aviano Air Base will provide strategic combat search and rescue capabilities to the European and Africa theaters of operations and provide unique training opportunities for the units with partners and Allies in the region.

“As the commander of the 48th Fighter Wing, I am extraordinarily proud to have served with the men and women of the 56th and 57th Rescue Squadrons,” said Col. Evan Pettus, 48th Fighter Wing commander. “Our rescue Airmen personify values our nation holds dear and all service members strive to emulate. During their time here, they have been directly responsible for saving countless lives as well as drawing us closer to our allies through cooperation, training and shared ideals.” 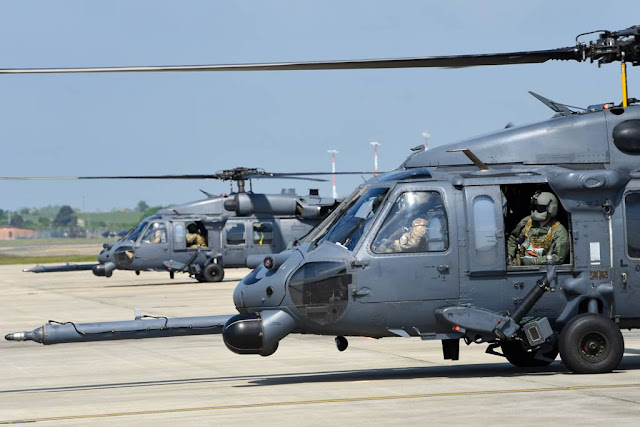 The two squadrons have gradually transitioned nearly 350 personnel and five HH-60G Pave Hawk helicopters to their new duty station over the past several months. Both are comprised of uniquely trained Airmen, dedicated to conducting personnel recovery across the full-range of military contingencies during all phases of joint, coalition and combined operations around the globe.

“This marks the end of an era for the 56th and 57th Rescue Squadrons,” said Lt. Col. Leslie Semrau, 56th RQS commander. “But no matter where we’re located, we remain ready to deliver combat search and rescue capabilities wherever and whenever they’re needed.”

The 56th RQS, whose heritage dates back to the early years of the Vietnam War, relocated to RAF Lakenheath in June 2006 from Keflavik, Iceland. Since then, the squadron has been responsible for approximately 600 saves and assists in support of operations during their 12 year stay in the United Kingdom.

The 57th RQS was established at RAF Lakenheath in March 2015, and was quickly named the ‘2015-2016 Rescue Squadron of the Year’ by the “That Others May Live” Foundation in October 2016. They continue a proud tradition of service dating back to 1952 when the unit originally activated as the 57th Air Rescue Squadron at Lajes Field, Azores. 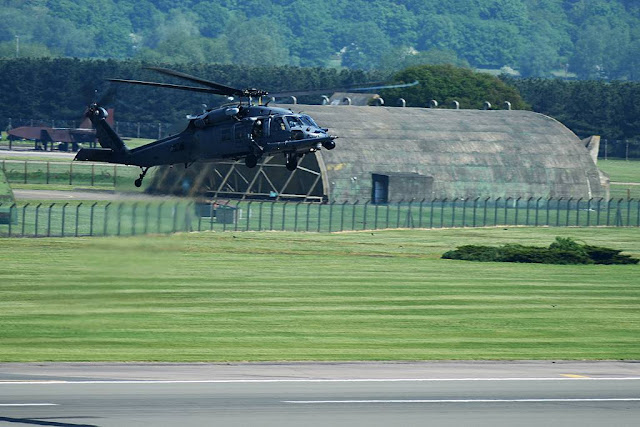 “We’re sad to be leaving but are incredibly proud of the work we’ve done while located at RAF Lakenheath and are excited about the squadrons’ new home in Italy,” said Major Seth Davis, 57th RQS commander.

During their transition the rescue squadrons will continue to provide premiere combat search and rescue operations any time and at any place. Completion of the relocation is projected for the end of June 2018.