Thanks to this training the RAF tanker will be able to support the British F-35s during the future transfer flight from the U.S. to their home base in the UK.

The crew, usually based at RAF Brize Norton, will be conducting day and night sorties for the next few days to prepare for the return of the Lightning aircraft to their future home in RAF Marham later in the year; a logistical move that will require the 617 Sqn jets to refuel several times over the Atlantic.

The Voyager obtained certification to supply the JSF during a test campaign carried out in the U.S. in 2016. 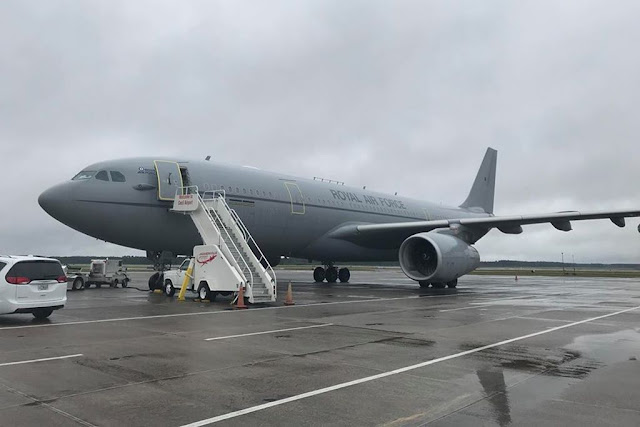 The United Kingdom’s 617 Squadron began its transition from Marine Corps Air Station Beaufort to the U.K. on January 25 when an A-400 Atlas departed Fightertown with large amounts of F-35B Lightning II equipment bound for the U.K.

Royal Air Force and Royal Navy personnel have been incorporated in Marine Fighter Attack Training Squadron 501 since their arrival in 2014. All U.K. personnel are scheduled to depart MCAS Beaufort for their homeland during 2018. When their move is complete, they will have moved approximately 200 U.K. personnel and 15 F-35B Lightning II to Royal Air Force Base Marham where they will be part of the 617 Squadron “Dambusters.”

The U.K’s goal is to achieve initial operating capability in a land-based role for the F-35B in 2018 and aboard the HMS Queen Elizabeth aircraft carrier in 2020.