The 617 Squadron, currently training with the UK’s 15 F-35B Lightning jets in America, will move to RAF Marham AB this Summer.


The squadron immortalised by the Dambusters raid of World War II has been reformed to fly the UK’s new F-35 fighter jets, the Defence Secretary has announced.

Gavin Williamson announced the new 617 Squadron after an event in Washington DC to mark the centenary of the RAF, which was attended by Chief of the Air Staff, Air Chief Marshal Sir Stephen Hillier.

The naming of the new 617 Squadron follows the 75th anniversary of the original formation of the squadron, commonly referred to as the ‘Dambusters’.

Originally set up for the highly-specialised mission to knock out dams and disrupt industrial production in the Ruhr Valley of Germany, the new 617 Squadron will be the first to fly the UK’s brand new, state-of-the-art F-35 fighter jets – the most advanced and dynamic fighter aircraft in the RAF’s 100-year history.

“The 617 Squadron name was made famous by ‘The Dambusters’, who played such a vital role in the Second World War. So it is fitting that by flying the world’s most advanced fighter jets, our new squadron will be ensuring that the legend of world-leading air power lives on. The F-35B Lightning will defend our nation and ensure that Britain remains a pioneer in innovation, with a unique ability to adapt to this increasingly dangerous world”, said Williamson.

The UK is currently flying the F-35B Lightning, a multi-role fighter jet capable of a wide range of operations. It is the world’s first jet to combine radar-evading stealth technology with supersonic speeds and short take-off and landing capability. 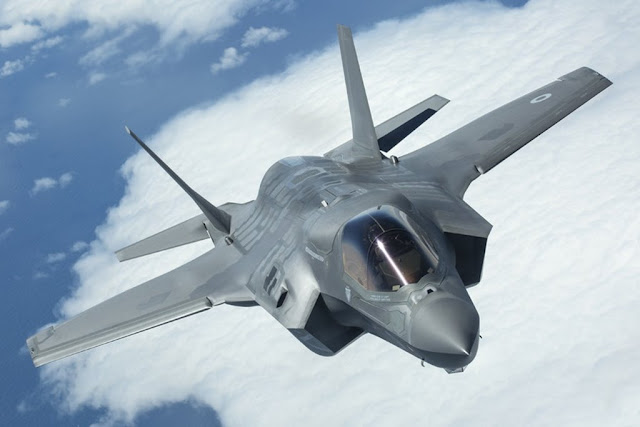 Wing Commander Guy Gibson hand-picked his bomber crews for the original 617-Squadron, who then went on to deploy the iconic 'bouncing bomb' which had to be dropped above the water at an exact height of 60 feet and a speed of 220mph. The crews successfully managed to breach the Mohne and Eder dams.

Today’s 617 Squadron, currently training with the UK’s 15 F-35B Lightning jets in America, will move to the UK with a number of aircraft to their new home at RAF Marham this Summer. Like their predecessors, they will be operating at the forefront of aircraft technology.

The aircraft will be jointly operated by the Royal Air Force and the Royal Navy and have the ability to operate from land and sea, forming an integral part of Carrier Strike operating from the Queen Elizabeth Class aircraft carriers.