Thanks to the Pilot Exchange Program, Finnish Air Force Capt. Juha Jarvinen had the opportunity to train with the U.S. Marine Corps and become the first Finnish pilot to land aboard an aircraft carrier.

A Finnish Air Force pilot made history for his country by becoming the first to land an F/A-18C Hornet on a United States aircraft carrier, March 17.

To successfully land an F/A-18C on an aircraft carrier, pilots must hook on to one of four wires located on the flight deck. The goal is to catch the third wire, giving pilots the best and safest chance to land.

When Jrvinen was asked about his landing aboard Abraham Lincoln, his face lit up as he reflected on this once-in-a-lifetime experience.

"It was pretty intense," said Jrvinen. "I was extremely happy because I knew I actually caught the wire when I felt the sensation of rapidly slowing down, but at the same time I was a little disappointed because I caught the second wire and not the third."

Before landing on an aircraft carrier, Jrvinen had to complete the same training that Navy and Marine Corps pilots undergo.

"We put him through the same repetitions of fuel carrier landing practice events that all students go through," said Maj. Shane Bursae, an instructor for VMFAT 101. "The purpose of this is so that when he does move on to teach students in the Finnish Air Force, he has knowledge and first-hand experience of what he is teaching."

Jrvinen shared his thoughts on going through the training and working with the instructors.

"The training is very valuable to me," said Jrvinen. "The way they fly is so different to what I'm used to, and I think the instructors figured out the perfect syllabus to train students."

Bursae was on the flight deck observing when Jrvinen landed for the first time.

"Seeing it happen, I was absolutely excited," said Bursae. "Having done it myself, I was happy that he could share in the challenge of it, but also the excitement of everything that goes with shipboard operations." 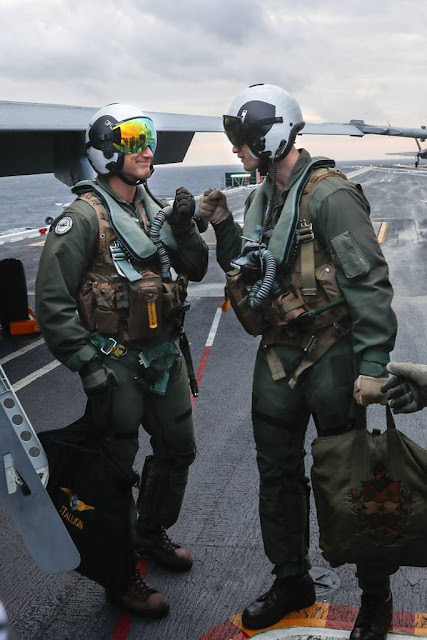 Jrvinen is a part of the first pilot exchange between the United States Marine Corps and the Finnish Air force. He was hand-selected for the program by his superiors for his work ethic. Flying in the Finnish Air Force for 15 years and instructing for the last five, he has earned every qualification available as a Finnish pilot.

This program not only allows officers from the United States and Finland to build and improve upon their pilot training programs, it also strengthens the partnerships between these two countries and their military services.

"I think the program is a really good opportunity to see how other countries' pilots operate and train," said United States Marine Corps Capt. Michael Harp, the pilot schedules officer for VMFAT 101. "It's also cool from a cultural stand point to work with pilots from another country."
Jrvinen plans to take his newly gained skills back to the Finnish Air Force and share his knowledge to his Finnish counterparts.

"I'm excited to bring back a lot of real experience," said Jrvinen. "Not theory, but real life training experience. Now this is all reality to me, and I have a better understanding of the big picture."