RUSSIAN SU-57 CAN BE UPGRADED TO THE SIXTH GENERATION

“This is actually a splendid plane and it can embrace both fifth-and sixth-generation features. It has huge modernization potential,” Bondarev, now chairman of the Federation Council Defense and Security Committee, said. “Importantly, it is the best among the existing versions by its stealth characteristics. It incorporates all the best that is available in modern aviation science both in Russia and in the world,” he added.

The Su-57 is considered the main adversary of the American F-22 and the USAF is looking to update the Raptor to maintain technological supremacy in the air and develop a sixth gen. fighter jet. 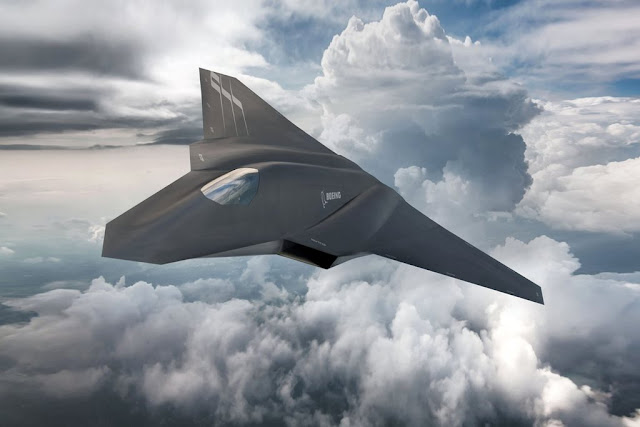 The Air Force has begun experimenting and conceptual planning for a 6th generation fighter aircraft to emerge in coming years as a technological step beyond the F-35, service leaders said. "We have started experimentation, developmental planning and technology investment," said Lt. Gen. Arnold Bunch, Military Deputy, Office of the Assistant Secretary of the Air Force, Acquisition.

The new aircraft, engineered to succeed the 5th-generation F-35 Joint StrikeFighter and explode onto the scene by the mid 2030s, is now in the earliest stages of conceptual development with the Air Force and Navy. The two services are now working together on early conceptual discussions about the types of technologies and capabilities the aircraft will contain. While the Air Force has not yet identified a platform for the new aircraft. The Air Force characterizes the effort in terms of a future capability called Next-Gen Air Dominance.

This could reduce drag, increase speed and maneuverability while increasing the technological ability of the sensors. It is also possible that the new 6th-generation fighter could use advanced, futuristic stealth technology able to enable newer, more capable air defenses. The air defenses of potential adversaries are increasingly using faster computing processing power and are better networked together, more digital, able to detect a wider range of frequencies and able to detect stealthy aircraft at farther distances. The new 6th-generation fighter will also likely fire lasers and have the ability to launch offensive electronic attacks.