For the occasion, the air force unveiled five special color aircraft and showed the F-35 to the public for first time.


On June 24 2017 the Italian Air Force celebrated the Centenary of five Fighter Squadrons at Grosseto Air Force Base, home of the 4th Wing. The IX, X, XII, XIII and XVIII Squadrons are part of the history of Italian Air Force, they have performed many valiant missions since the World War I to date.


All the squadrons are equipped with Eurofighter Typhoon fighter jets to cover air defense role with the exception of XIII which has the new multirole F-35A.

The event was attended by the past and present personnel (and their family) of the five Squadrons.

The ceremony was chaired by Enzo Vecciarelli, Chief of the Italian Air Force – 100 years of history include 5 generations of men who have had the same values to achieve the only task of making the country better. I was moved by looking at the monument of the fallen in war because it is thanks to them if today the Air Force can have modern aircraft and we have the duty to make them fly better and better. I am proud of what the five historical fighter squadrons have done in history and what they will do and teach to others in the future – he said during his speech.

When all the participants reached the ceremony area, four Eurofighters and an F-35A, one for each Squadrons, took off to perform two fly passes during the pilgrimage and deposition of crowns to the fallen in war. 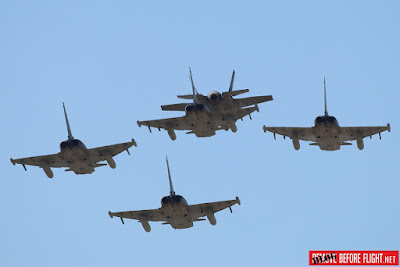 Afterwards, the Centenary symbol of the five groups was revealed.

At the end of the event, an Italian Eurofighter from Reparto Sperimentale Volo performed a powerful flying display while on the ground it was possible to admire five special color fighter jets made for the occasion. The event also marked the first public appearance of the Italian Air Force F-35A, officially delivered in December 2016 (Read the story) at the 32nd Wing based at Amendola Air Force Base. 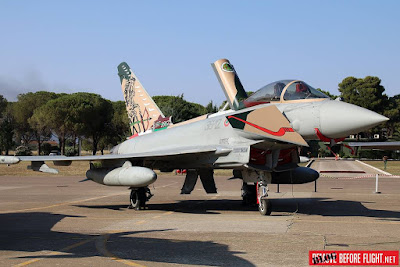 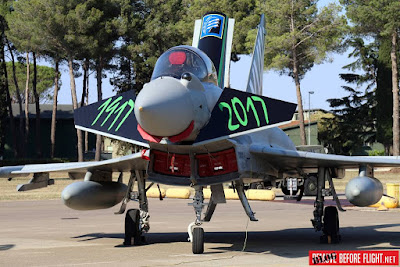 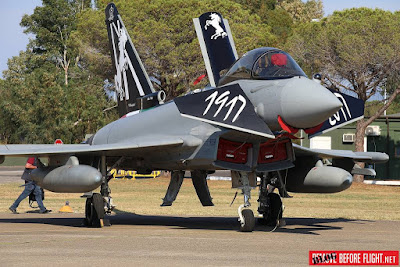 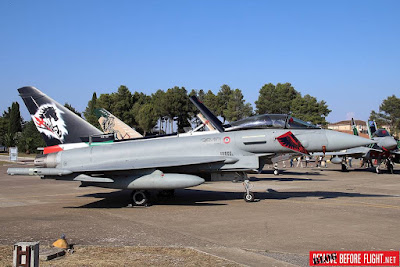 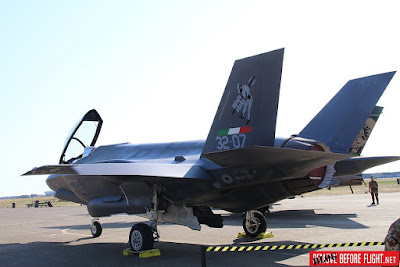 The event was connected to the Grosseto Air Show (scheduled for June 25), the main one in Italy for 2017, and in the afternoon the media representatives were allowed to attend takeoffs of many military aircraft directed to Marina di Grosseto beach to perform familiarization flights. 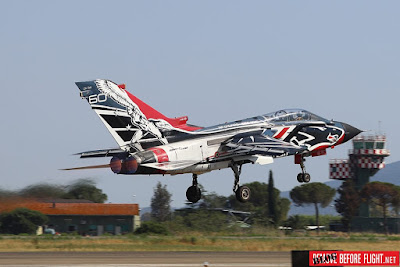